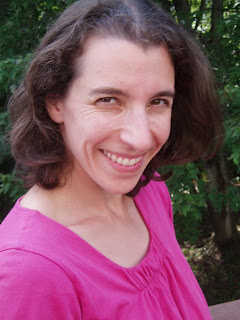 SO THIS IS HOW THEY DECIDED TO TAKE HIM

So this is how they decided to take him—
at the end of his life,
his frame shrunken, his wild rambling days over,
his days of bar fights and women over—
they waited until now,
at eighty years old,
when he had no strength to fight—
snatched him off the street,
gagged him and bundled him into a car
with darkened windows.

He, a fifty-year citizen of Mexico,
Spanish rolling off his tongue,
lashing his takers with curses
in their own language.

In the end, they took him like that,
throwing him in the car
like a sack of meat
and finally, after calling his family
and extorting all the money they could—
not much—
after stripping him of every dollar
and every item of value on his body—
they did unto their elder the only thing
they knew how to do well—
they shot him. --Yvette Neisser Moreno


Yvette Neisser Moreno is a poet and translator whose work has appeared in numerous magazines and anthologies, including The International Poetry Review, Palestine-Israel Journal, The Potomac Review, and Virginia Quarterly Review. She has translated two books of poetry from Spanish—most recently South Pole / Polo Sur by María Teresa Ogliastri (co-translated with Patricia Fisher), which is forthcoming from Settlement House—and is currently seeking a publisher for her first book of original poetry, Grip. She works as a freelance writer/editor specializing in international affairs and social justice, and teaches writing at the University of Maryland University College, The Writer’s Center (Bethesda, Maryland), and Brookside Gardens (Wheaton, Maryland). She will be a featured poet in the Spring issue of Beltway Poetry Quarterly.

Moreno is currently leading Split This Rock’s initiative to get more coverage of poetry in the Washington Post Book World and other book reviews. (See our website for how to get involved and write a letter to the editor!) After volunteering at both the 2008 and 2010 festivals, she now serves on the planning committee for the 2012 Split This Rock Poetry Festival.

Please feel free to forward Split This Rock Poem of the Week widely. We just ask you to include all of the information in this post, including this request. Thanks!

Email ThisBlogThis!Share to TwitterShare to FacebookShare to Pinterest
Labels: Poem of the Week, Yvette Neisser Moreno