February Sunday Kind of Love: Marking 10 Years of DC Poets Against the War

NOTE: This event has been moved to the Busboys and Poets location at 5th & K Streets, NW

Hosted by:
Sarah Browning & Katy Richey
$5 online or at the door
As always, open mic follows! Bring your poems for peace.

Co-Sponsored by Split This Rock & Busboys and Poets

In February 2003, millions of people all over the globe took to the streets to oppose President George W. Bush’s plan to invade Iraq. Poets responded by organizing a great uprising, Poets Against the War, on February 12, 2003. Here in DC, Sarah Browning organized an open mic reading at All Souls Unitarian Church that evening, hoping that poets of all sorts would join together to speak out for peaceful alternatives. Sarah didn’t know what to expect, though, as she’d only recently arrived in the city. To her astonishment, over 175 people turned out, with 60 signing up to read and perform. DC Poets Against the War was born. Five years later, in 2008, the group presented the first Split This Rock Poetry Festival, giving birth to a national movement bringing poetry to the center of public life, where it belongs!


Read more about DC Poets Against the War: http://washingtonart.com/beltway/dcpaw.html


Join us on Sunday February 17th as we mark the 10th anniversary of DC Poets Against the War and mourn the great tragedy of the Iraq War.

Poets who were active in the group will read their own work and the work and poetry of the missing voices: Iraqi poets, Afghan poets, and essential poets we've lost since 2003, such as Adrienne Rich, Lucille Clifton, Grace Paley, and Dennis Brutus.

Posted by Blog This Rock at 1:31 PM No comments:

Email ThisBlogThis!Share to TwitterShare to FacebookShare to Pinterest
Labels: DC Poets Against The War, Sunday Kind Of Love

Poem of the Week: Beth Copeland

"Cry havoc and let slip the dogs of war."
-Shakespeare

Beth Copeland's book Traveling Through Glass received the 1999 Bright Hill Press Poetry Book Award and her second poetry collection Transcendental Telemarketer was released by BlazeVOX books in 2012. Two of her poems have been nominated for a Pushcart Prize. She is an English instructor at Methodist University.

If you are interested in reading past poems of the week, feel free to visit the blog archive.
Posted by Blog This Rock at 11:47 AM No comments:

Email ThisBlogThis!Share to TwitterShare to FacebookShare to Pinterest
Labels: Beth Copeland, Poem of the Week

Even More Books from 2012 - and forthcoming this year

As anticipated, we missed some terrific new books in our list of favorite 2012 books, even some by close friends of Split This Rock. So, an addendum. Please rush out and get yourself copies!

Addendum to Split This Rock List of Recommended Poetry Books

A Time of Angels, Homero Aridjis (City Lights)
Aridjis, through his political and environmental work, has fought to save the planet and its species, but the poems in A Time for Angels allow him to explore darker territory where that may not be possible. More than a time for angels, Aridjis’s poems suggest, it is a time for self-reckoning. - Words Without Borders

A Beautiful Marsupial Afternoon, CA Conrad (Wave Books)
A kind of poetry manual tinged with manifesto: a call to nonviolent and creative arms against a world in which “metal and plastic rule the center of gravity,” and against a nation that propagates war and mindless consumption. - Coldfront

Collected Poems, Jack Gilbert (Knopf)
Despite his impulse to savor life’s richness and to bring pleasure and suffering into balance, Gilbert’s speaker is also vigilant, quietly braced by the awareness of mortality, described in one poem as “a cello in-side him.” - World Literature Today

Border Songs, Sam Hamill (Word Palace Press)
The shape of Sam Hamill's mind is the shape of both a revolutionary and a monk at work. His sacred text is poetry. - Terry Tempest Williams

Waxwings, Daniel Nathan Terry (Lethe Press)
Waxwings draws a portrait of a gay man that spans childhood, sexual initiation, lovers, coupling, the death of family and spouse, and meditation on what living will bring in coming years. It does so with breath-stopping beauty. - Hayden's Ferry Review 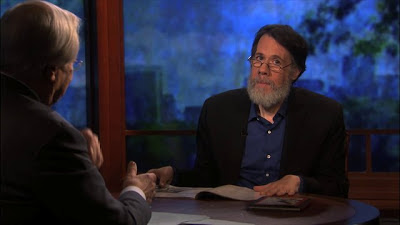 Split This Rock friend and featured poet, Martín Espada was recently featured on Bill Moyers show reading a new poem of his for the late Howard Zinn -- historian and activist and, as Espada puts it:  “the most decent, most generous human being I have ever known.” 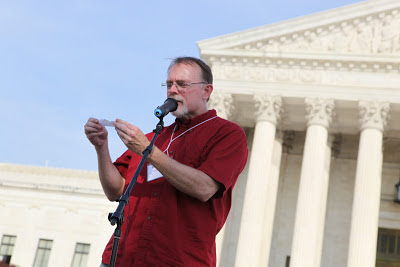 As tempting as it was to join the happy crowd on the national mall, my partner Dan and I decided to watch the presidential inauguration from home this year. We wanted to be absolutely sure we’d be able to hear the president and the poem by Richard Blanco.

Even sitting at home in our basement it was exciting to the point of making us giddy. We loved the president’s address, his call for policies that reflect a generous national spirit, his rebuke to political absolutism masquerading as principle, his explicit recognition that legal equality for gay Americans is part of a national lineage that includes the women’s suffrage movement and the African American civil rights movement. We loved all the Latino voices on the platform, including Justice Sonya Sotomayor, Rev. Luis Leon, and Richard Blanco. Blanco’s poem struck me as gloriously Whitmanic – both broad in scope and exquisitely detailed, invoking the expansive diversity of America and the one ground we share, the one sun, the one moon – in the spirit of Walt Whitman’s “one air that bathes the globe.” We loved being able to share our happiness with friends on Facebook.

The spirit of the whole event – exuberant, hopeful, determined – was a blessedly stark contrast to several speakers at a prayer breakfast I attended just before the inaugural. It wasn’t an official event; it was billed as a nonpolitical gathering to pray for the president and the country. But the message of the keynote speaker could not have been further from the spirit of the inauguration. He preaches that God’s judgment is on America, that the 9-11 attacks were a warning shot from a God angered that the country had turned away from Him, and that our economic troubles were the next round of divine punishment for not responding correctly to the terrorist attacks. Another speaker warned that legal abortion, acceptance of homosexuality, and our policies toward Israel are national sins that will cause our land to vomit us out of it.

I spend more time than is good for my soul listening to people who think like that, and I could not have been more grateful to rush home to my loving husband and join millions of Americans watching the inaugural in a spirit of celebration and gratitude. (And, for the record, any one of the preachers who keep insisting that President Obama is out to drive people of faith out of our public life should listen again to the prayers, music, and message of the inaugural.)

Sunday was a big day, too. Martin Luther King Sunday is kind of like Christmas and Easter at my church, All Souls Church, Unitarian, in Washington, DC. One of our associate ministers was murdered in Selma, where he had answered Dr. King’s call for a multiracial, multifaith nonviolent resistance movement. I reveled in singing with our combined choirs and spectacular soloists. I was challenged to consider the difficult imperative of pursuing justice in community and partnership with people who have differing religious perspectives. And I was left with a phrase of King’s I don’t remember having heard before. It comes from his Nobel Peace Prize acceptance speech:

"I accept the Nobel Prize for Peace at a moment when twenty-two million Negroes of the United States of America are engaged in a creative battle to end the long night of racial injustice. I accept this award in behalf of a civil rights movement which is moving with determination and a majestic scorn for risk and danger to establish a reign of freedom and a rule of justice."

“Majestic scorn.” I can’t stop turning over that phrase. It conveys the dignity and courage of a civil rights movement grounded in the spirit and practice of nonviolence. And, less nobly, it conveys how I feel these days toward political leaders who tried to destroy this president through lies, fear, and conspiracy theories. It didn’t work. But it has taken its toll on our ability to hear, trust, and work with each other. 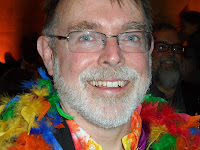 Sunday night I attended the Peace Ball as a guest of Adele Stan, a good friend and brilliant colleague. I’m not much of a dress-up-and-go-to-fancy-party type, but we did, and I have to say we looked and felt fabulous. The rainbow-colored feather boa I grabbed in a last-minute inspiration was a surprisingly big hit with folks at the ball -- I’m not used to strangers asking to have their picture taken with me! The atmosphere was fun and festive, and it was great to spend a few hours with Addie, until our feet gave out.

My feet had gotten a workout the night before: on Saturday, People For the American Way held its own inaugural celebration, a party with board members, supporters, activists, and progressive politicians, including the hope-giving members of the Young Elected Officials Network. On my way to the party it hit me just how grateful I was that this was a weekend of celebration, not a weekend of despair; that so many smart and creative people could be spending time strategizing about how to move the country forward rather than digging defensive trenches. Later, we attended the party of a friend who lost his husband earlier this year, a reminder that we don’t know when life will bring joy and when sorrow.