Our only weapons our feathered selves

Sarah Browning Chooses Her 2012 Poem of the Week Highlights 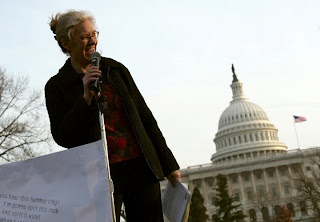 As Director of Split This Rock I have developed a fairly catholic and expansive aesthetic. I am constantly moved and astonished by the great variety of approaches contemporary American poets are taking as they wrestle with the daunting social and political (and therefore personal) issues of our time – approaches of poetic style and form, of voice, of "take" on the issue itself.

I love every poem we choose for the weekly Poem of the Week series, all 165 since we launched in October 2009. But of course I have secret favorites, too. So this year, I thought I'd review the 50+ poems and remind myself which ones I particularly love. I cite them below with a brief comment and/or excerpt.

I invite you to do the same – type “Poem of the Week” into the handy little search box in the upper left of this screen and skim back through the powerful poems we've been privileged to publish this year. I promise you many rewarding moments. And feel free to post the names of your favorites in the comments here or on Split This Rock's Facebook page here. These are all poems deserving of multiple rereadings.

I am grateful to all of you – all the poets who’ve sent your work to us, those we’ve published, all the readers, all of you who pass the poems along, helping them find the broad readership they deserve.

Special thanks to my colleague Alicia Gregory, who makes the choices with me each week and does all the legwork of communicating with poets, sending the poems out, and posting them here. Praises!

Herewith, then, my subjective list of highlights, in reverse chronological order. You can click on the title to read the full poem:

“Red-Tailed Hawk,” by Patricia Monaghan, December 28
I was deeply saddened when we lost Patricia in 2012. This poem from her book, Homefront, struck me as a perfect elegy:
hawk,
a word of death and life
in balance, a word of death
and hunger and fierce pain
and beauty and devouring.

“Margins,” by Heather Holliger, November 12
Following an historic election during which voters supported marriage equality around the country, I was excited by Heather's poem, the briefest we published all year, its concision capturing perfectly the hesitations and caution all LGBTQ people still live each day:
We love
at the margins of
democracy – between
a legislative building and
the touch of her hand
on my cheek.

“Skintight,” by Stephen Zerance, October 12
My skin--deaf, the narrator relates, as his family uses the famous Christmas Gift Guilt Trip to force him to conform to their notion of the masculine body. The poem is awkward, familiar, heartbreaking.

“Faith,” by Tim Seibles, September 28
One week after we featured this poem, the book in which it appears, Fast Animal, was named a finalist for the National Book Award. Deservedly. It’s one of my favorite books of the year. Praises.
Let's stop talking
about God. Try to shut-up
about heaven: some of our friends
who should be alive       are no longer alive.

“barreras,” by María Luisa Arroyo, September 10
A poem of the health and environmental toll we exact from immigrant workers in this country. A poem, too, of – hallelujah – resistance.

For once, though, my mother was proud of my English.

El jefe told me I could have been promoted
to the shampoo line.


“Kandahar,” by Zohra Saed, August 3
I have found myself taken by very short poems this year, and this is another tight lyric that packs it all in.
Kandahar –
............Was once a cube of sugar
Refusing to dissolve in the sea.
It became a city from sheer stubbornness.

“Apiary,” by Carolee Sherwood, July 19
Elaborate, extended metaphor of futility, all in a gorgeous package. What’s not to love?
Rows of veterans lean along the walls,
missing wings they lost in the war. The boys have dyed
their yellow stripes black, applied eyeliner, given into the sting.

“Loss is an art, traversing one world to the next,” by Purvi Shah, May 25
Questions of identity, cultural appropriation, beauty, and the body roil together in this gorgeous poem:
hundreds
of daughters walking towards a foreign
house, parents looking askance, blurred.
They say: absence is a color, the deep
brown of life which is always receding.

“a sentence,” by Kevin Simmonds, April 27
An innovative, playful poem about police violence and racial profiling? This poet pulls it off. An excerpt won’t do in this case; another very short poem – go read it!

“ReadingTranströmer in Bangladesh,” by Tarfia Faizullah, April 20
A model of a poem incorporating the words of another poet to great effect. Tarfia’s book, SEAM, recently won the Crab Orchard First Book Award. We await its 2014 appearance with anticipation!
I let in
the netherworld. Something
rose from underneath. I sit,
wait through my cousin's
sobs.

“Arthritisis one thing, the hurting another,” by Camille Dungy, April 6
Written for Adrienne Rich in 2006, this poem arrived from Camille in our Inbox just days after Rich died March 27. We were coming off Split This Rock Poetry Festival, a monumental undertaking, and I was exhausted, incapable of accepting the fact that we had lost one of my heroes, a poet of great moral clarity and vision. A prophet. I was so grateful to have Camille’s words to honor Adrienne Rich, since I had none of my own at the time.
Last year was no better, and this year only lays the groundwork
for the years that are to come. Listen, this is a year like no other. 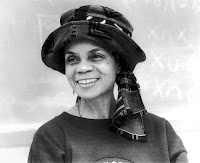 “14 haiku,” by Sonia Sanchez, March 21
We finished our run of Poems of the Week by the 15 poets featured in this year’s festival with this poem for Emmitt Till. It was suddenly and tragically also a poem for Trayvon Martin and for all of the Black boys and men who are taken from us.
a mother's eyes
remembering a cradle
pray out loud

“Across the Street from the Whitmore Home for Girls, 1949,” by Rachel McKibbens, February 24
A terrifying poem full of startling imagery. Like so many of Rachel’s poems, it uses the grotesque to expose the inhuman nature of childhood sexual abuse, that it should never feel commonplace or cliché.
In the morning, she is who she is again.
Her hair, a soft black brick, her body held together
by hammers.

“The Street of Broken Dreams,” by Minnie Bruce Pratt, February 17
A poem from Inside the Money Machine, Minnie Bruce’s remarkable book of the American economic crisis and its toll on the working class. This poem is a rallying cry and I flat-out love it:
In another city, some foreclosed people got so angry
the big finance company had to hide its sign, AIG.
The people were so angry. That makes me feel more
safe, the people come out of their houses to shout:

We demand. Not rabble and rabid, not shadow, not terror,
the neighbors stand and say: The world is ours, ours, ours. 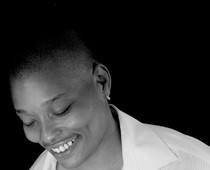 Just in time for Valentine’s Day, Venus gave us what I will declare to be a Great Lesbian Love Poem. In a ceremony like but unlike a wedding – a big fuck-you to the state – the beloved is:
showing off
peek-a-boo cleavage & legs with no quit,
& our folks are here with tissues & hankies
bawling the way parents do at weddings 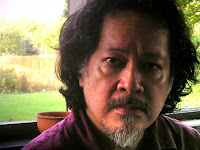 “Take a Giant Step,” by Jose Padua, January 6
Waywardness as resistance and triumph. It was a great way to start an extraordinary year.
So go, like everything
that has decayed before us, everything that has
shattered so beautifully, go into that street
like a man crashing a parade with smelly clothes
and dirty skin, go into that building that’s on fire
because the sky is full of smoke and you are water.

Email ThisBlogThis!Share to TwitterShare to FacebookShare to Pinterest
Labels: Poem of the Week, Sarah Browning

Thank you Sarah, for this palette of voices. And for featuring my poem.
Thank you for your beautiful work on and with Split this Rock.
Happy New Year to the whole team.

All the best,
daniela