Join us for a very special Sunday Kind of Love as we celebrate the publication of Kim Roberts's award-winning book of poems, Animal Magnetism. Kim has been central to Split This Rock since Day One, the smartest of advisors. Please join us as we toast her terrific accomplishment! As always, open mic follows. 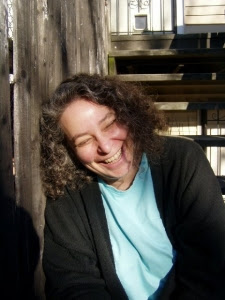 Kim Roberts's most recent book, Animal Magnetism (Pearl Editions, 2011), won the 2009 Pearl Prize. She is the editor of Beltway Poetry Quarterly and the anthology Full Moon On K. Street: Poems About Washington DC (Plan B Press, 2010). She is the author of two additional books of poems, The Kimnama (Vrzhu Press, 2007), and The Wishbone Galaxy (Washington Writers Publishing House, 1994), and the nonfiction chapbook Lip Smack: A History of Spoken Word in DC (Beltway Editions, 2010).
Roberts has been featured in numerous anthologies, including Letters to the World (Red Hen Press), American Poetry: The Next Generation (Carnegie Mellon University Press), The Bedside Guide to No Tell Motel (No Tell Books), and The First Yes: Poems About Communicating (Dryad Press). She has published widely in literary journals throughout the US, as well as in Canada, Ireland, France, Brazil, and New Zealand. Her poems have been translated into Spanish, Portuguese, German, and Mandarin.
Posted by Blog This Rock at 11:15 AM