This conversation is one in a series of interviews with poets to be featured at Split This Rock Poetry Festival: Poems of Provocation & Witness, 2016. 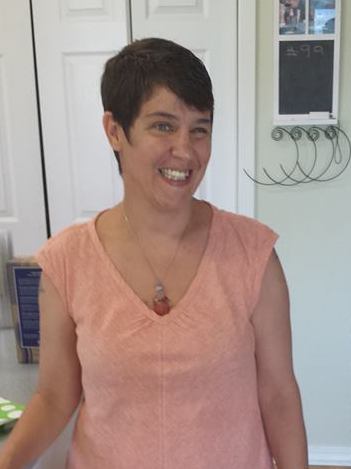 Jennifer Bartlett was born in the San Francisco Bay Area and educated at the University of New Mexico, Vermont College, and Brooklyn College. Bartlett is the author of Derivative of the Moving Image (UNM Press 2007), (a) lullaby without any music (Chax 2012), and Autobiography/ Anti-Autobiography (Theenk 2014). Bartlett also co-edited, with Sheila Black and Michael Northen, Beauty is a Verb: The New Poetry of Disability.  In 2014, she co-edited, with Professor George Hart, a collection of the poet Larry Eigner’s letters and participated in a “roundtable” on disability and poetics for Poetry Magazine. Bartlett has received fellowships from the New York Foundation for the Arts, Fund for Poetry, and the Dodd Research Center at the University of Connecticut. She is currently writing a full-length biography on Eigner, and recently had a residency at the Gloucester Writer’s Center. Bartlett has taught poetry and disability awareness at Willie Mae Rock Camp for Girls, United Cerebral Palsy, the MS Society, and New York Public Schools. Bartlett has had mild cerebral palsy since birth.

Peter Montgomery (PM): You are a poet, editor, and disability activist, whose writing can be described as both experimental and lyrical, and you are a wife and mother who writes about those parts of your life. What would be included in a short description or introduction that you would like to hear someone give to describe you and your work?


Jennifer Bartlett (JB): Jennifer Bartlett, who shares the same name as a painter, is heavily influenced by visual art, Black Mountain poetry, and natural surroundings. These “natural” surroundings include the urban landscape of her home, Brooklyn, New York.


While Bartlett writes as a person with cerebral palsy, this is not the primary focus of her work. She means to translate her surroundings, both positive and negative, into singing. She is political though, and her politics comes out around the edges.


(PM): In Autobiography you write, “I am exhausted / from their stupid asking / from my own stupid asking.” Has the nature of the “stupid asking” or your reactions to it changed over time?
(JB): In this line, what I meant to say is that I have, more or less, accepted my “differentness.” I have surpassed attempting to fit into the world as others see it. What I meant in the line is that for a long time, I was a square attempting to fit into a world shaped like a circle. I was attempting to gain the kind of laurels, jobs and positions largely abled-bodied people inhabit, particularly in education.


This works for many people with disabilities, but it did not work for me. I found myself hitting my head against the wall again and again. At a certain point, “I dropped out.” And what dropping out meant to me is creating a life based on who I am and whether I can add something valuable to society. I began writing a biography of the poet Larry Eigner, who had severe cerebral palsy, and that opened a lot of doors for me. My friend, the poet Robert Grenier, always says that Eigner had a life in which he focused on “what is possible.” What I want to shed is what the world has made “impossible” for me and create my own way.


(PM): How have your years of studying the life and work of Larry Eigner influenced your own writing, or the ways you think about your writing, yourself as a poet? What is next on that front?


(JB): Studying the work of Eigner has been a true lesson in 20th century poetics, primarily because he wrote for nearly 60 years and the examination of the connections to various poets is vast. I had to study all of the poets who surrounded, influenced, and corresponded with him. Also, I studied the poetic movements that surrounded, but did not involve him.


It’s also taught me a great deal about the history of cerebral palsy and how it was treated medically. This, at times, can be challenging because I also have cerebral palsy, and I have had to work very hard to “overcome” outside, negative perception in all aspects of my life.


I am not sure what is next. I’m actually not done with the book and probably won’t be for a while. I’m also writing a memoir and have a poetry/visual art book that needs a publisher.


(PM): You have publicly grappled with questions of identity and intersectionality. I was struck by something you said about the complexities between disabled and feminist communities: “Feminists fight not to be forced into mothering; women with disabilities fight to HAVE children. Feminists want to be looked at as more than sexual objects: women with disabilities are rarely considered sexual.” Do you see disability being understood and/or treated more widely as both a minority and as an identity that intersects with people’s other identities? Do you see a change within the world of poetry, and if so, what, along with your own work, has helped foster that change?


(JB): I do not think disability is understood as a minority (or a community) neither by other minorities nor the “majority.” The one exception is the LGBT community. I have always felt very much embraced by the LGBT community. I think this comes from common experience in a number of areas: marriage equality, sexual acceptance, the right to have and/or adopt children, and other prejudices that come from having a body that is regarded as dissimilar. Perhaps due to complementary struggles, queer folks tend to be more inclusive of disabled folks and vocal about this inclusion.


I think that modern feminism is just too much at odds with the concerns of disabled people. Strong pro-rights activists do not want to broach the subject of selective abortion. The argument for abortion is that it is always the right of a woman without discussion. I think that it is the right of a woman to abort, but I do not think we should shut down the conversation about why women abort disabled fetuses, even ones with minor disabilities, as well as for gender selection. I think sometimes feminists want to disassociate with people with disabilities because PWD are still viewed as weak. Feminists want equality in terms of physical strength.


I have learned that just because one group or person champions one minority, it does not mean that they are not prejudiced toward nor open to helping a different minority. This exclusion, honestly, creates a prejudice in me that I wish I did not have.


In American poetry, however, this is changing. Anthologists are dedicated to including disabled writers. VIDA is in the process of doing a “disability count,” although as of this writing, they still do not have a disabled activist within the organization. Places like “Poetry” and “Typo” have actively begun to open their pages to writers with disabilities. Although progress is slow, it is much faster than academia or the “real world.”


(PM): You are both a poet and an activist. I like a contrast you have made between entertainment as checking out and poetry as checking in. Split This Rock is dedicated to celebrating poetry of provocation and witness, and bringing poetry to the center of public life -- and in doing so provides a counterweight to the idea that “real” poetry cannot or must not be political. You have said that you resist poetry that is “purely political” -- and you have also said that your work “needs to reflect the integrity of my struggle for civil rights, alongside with maintaining the integrity of the poems themselves, which always comes first.” Can you say more about these intersections? How do you view the role of socially engaged poetry, as poetry, and as a means of helping people “check in” to the world and the lives of those around them?


(PM): Is there a poem of yours that strikes you in particular as embodying the spirit of Split This Rock?

I wore braces to be more like them
to be better


I went to normal schools
because I was normal


so I could have their jobs
and their happy lives


and now I am exhausted
from their stupid asking


from my own stupid asking


(PM): What are you looking forward to about the festival?


(JB): I am really looking forward to meeting new poets, poets that I have only met through correspondence, and seeing my friend the great poet Kathi Wolfe (who is also reading at Split This Rock). I’m also really, really excited to go to the zoo! 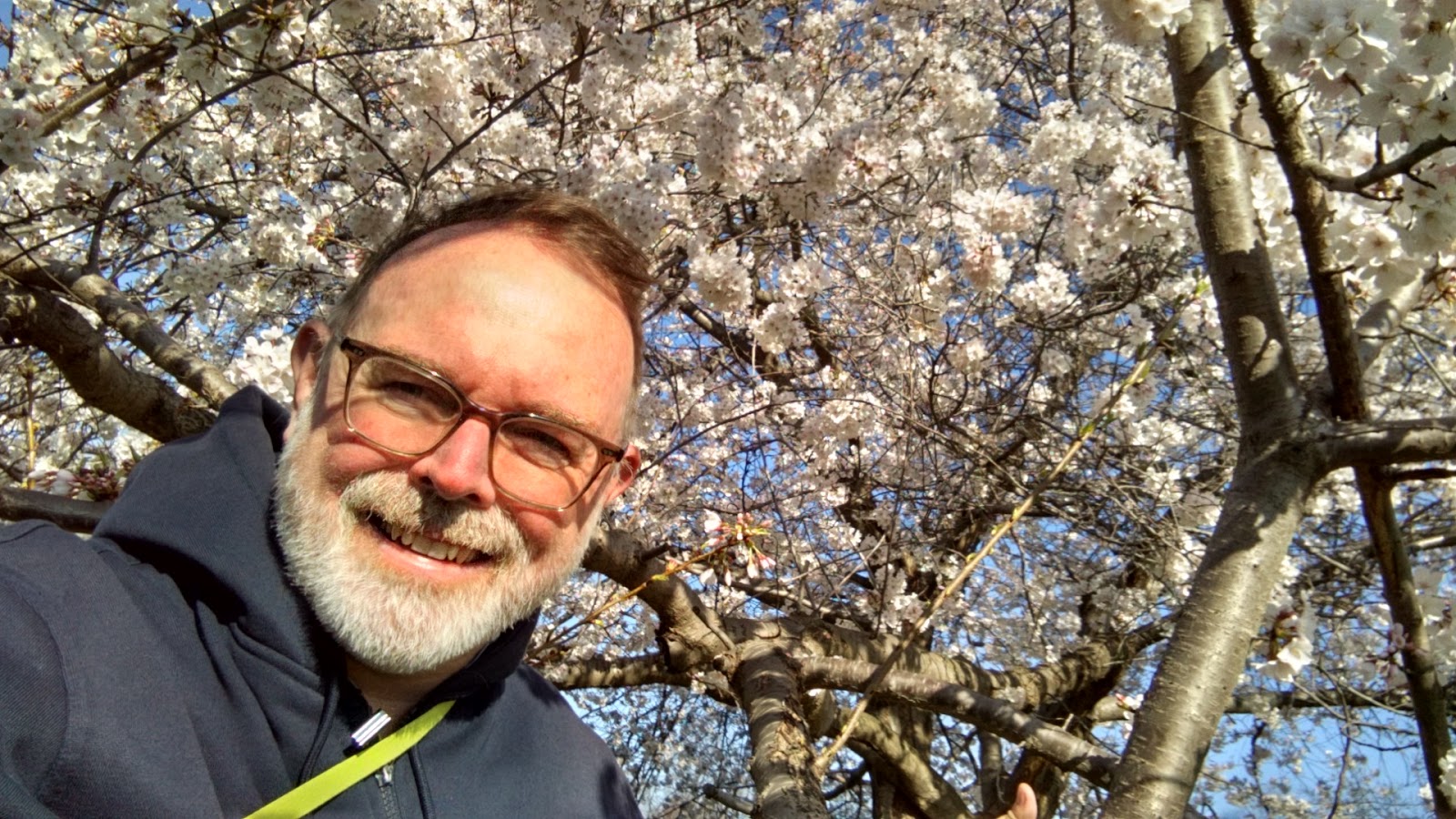 Peter Montgomery writes about the intersections of religion, politics, and sexuality as a senior fellow at People For the American Way, an associate editor for online magazine Religion Dispatches, and as a freelancer for progressive outlets such as The American Prospect, The Public Eye magazine, and Alternet. His poetry and essays have appeared in Beltway Poetry Quarterly. He is a member of the 2016 Split This Rock Festival Planning Committee, and is married to Split This Rock board chair Dan Vera.
Posted by Blog This Rock at 1:01 PM