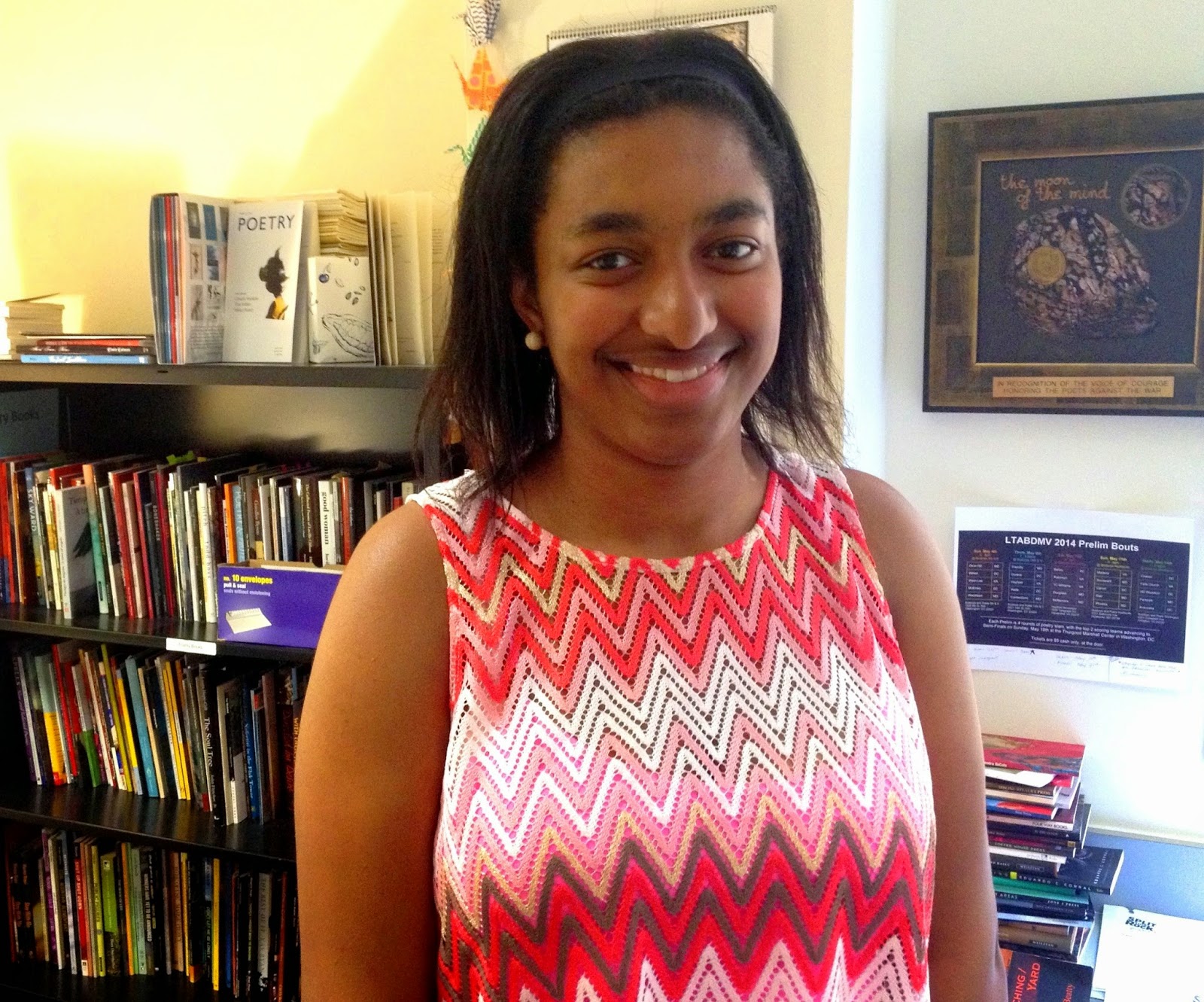 The weekly writing workshops held at MLK library every Tuesday, hosted by Split This Rock, have always been quite popular amongst the youth. It’s a place where teens are welcome to come and partake in the magical process of writing poetry. It provides one with a safe environment where one can share their thoughts and opinions without being judged or ridiculed.  However, things took an interesting turn on the second Tuesday in June.
This particular workshop, hosted by Alison K.(20), and Devyn J.(18), two Split This Rock interns, was themed completely around the Stonewall Riots that happened in  New York over 45 years ago. The month of June was chosen for LGBT Pride Month to commemorate the Stonewall riots, which occurred June 28, 1969. Consequently, Alison and Devyn wanted to theme the workshop around the Stonewall Riots to give the youth a little history lesson on how the LGBT movement got started.
During the workshop two videos were played. The first gave the history surrounding the riots while the second was an interview with a transgender woman who was part of the uprising. As the videos were played, you could feel the sense of empathy in the room. Everyone was affected by the information they were taking in, many of them for the first time.
Once the videos were over, Alison and Devyn read two poems aloud to everyone. The first poem was entitled Pride written by Ashley Catharine while the second was an excerpt from A Place I Never Been: Especially for Malcolm X  written by Louis Reyes Rivera. Afterwards, everyone was given the task to either personify liberation or to personify one of the items used during the Stonewall Riots. We were given 20 minutes to write a poem using one of the two prompts given. Following the completion of the poems, each individual shared their piece with the group. Towards the bottom of this article you can view an excerpt from the poem that I wrote in response to the prompts.
The workshop was enjoyable as always but I particularly appreciated the fact that I was being educated on a topic that is very much relatable and relevant to society today. Theming the workshop around the Stonewall Riots afforded the youth with the chance to learn about a major part of the LGBT civil rights movement that they might not learn about in their everyday history class. It also demonstrated how spoken word can effectively influence or spark change within a group of people. This might have been the first themed writing workshop but I look forward to attending many more in the near future.
The following is an excerpt from the poem that I wrote for the prompt:
I was 25¢ short of 2 hours
Seconds and minutes seemed to tick by without a care
people walk past me and don’t even acknowledge my existence
I am merely a bystander
The clock strikes midnight
I’m 10¢  too full and gravity is starting to weigh me down

BOOM!
Doors burst open
Screams so loud they’re only audible to the stealthiest of bats
Tears sting rosy red cheeks flustered by worthlessness
The time keeps on ticking
Faster and faster it seems like its haunting me

I try to move but I’m stuck under the rubble of my insecurities
WAIT...I hear footsteps
Clasped fingertips leave me gasping for air
“I’m FREE!”
I no longer feel the weight of my rubble

BAM!
Metal collides with skin
Why does the pain feel so good?
BAM!
The luscious liquid leaking from his forehead tastes an awful lot like Kool-Aid
BAM!
Their screams fall on deaf ears
BAM!
Another body goes down
BAM!
Flesh meets asphalt
I didn’t know pigs could bleed the brightest color of the rainbow
BAM!