Poem of the Week - Daniela Elza 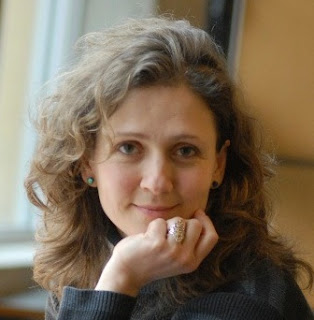 I drink a blood sunset        down Cardinal Avenue.
my shoes soaked poppies    my mind quiet as

that reminded me of the red truth dripping down our throats?

Daniela Elza has lived on three continents and crossed numerous geographic, cultural and semantic borders. Her work has appeared in well over 60 publications. In 2011 Daniela launched her first e-Book, The Book of It (now also in print). Daniela’s poetry collection, the weight of dew, was published by Mother Tongue Publishing (2012). Her poetry book Milk Tooth Bane Bone is forthcoming with Leaf Press (April, 2013). Daniela lives and writes in Vancouver, Canada.

*On March 5th, 2007, a car bomb was exploded on al-Mutanabbi Street in Baghdad. More than thirty people were killed and more than one hundred were wounded. This locale is the historic center of Baghdad bookselling, a winding street filled with bookstores and outdoor book stalls. Named after the famed 10th century classical Arab poet al-Mutanabbi, it has been the heart and soul of the Baghdad literary and intellectual community. This anthology begins with a historical introduction to al-Mutanabbi Street and includes the writing of Iraqis as well as a wide swath of international poets and writers who were outraged by this attack.

If you are interested in reading past poems of the week, feel free to visit the blog archive.

Email ThisBlogThis!Share to TwitterShare to FacebookShare to Pinterest
Labels: Daniela Elza, Poem of the Week