Poem of the Week: Chris August 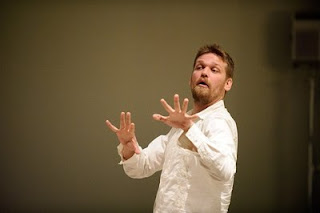 Pave the pores of those who need us?

Don’t we suffocate with our embrace?

Hasn’t our sheen of pink slips

Aren’t we a slow build

And a tight grip?

Struggle their way from our grip?

From the crude of our aid?

Is it any surprise when it leaks from our bowels

Into once pristine oceans

Don’t we muddy the waters?

Don’t we smear our babies’ asses

Don’t we air commercials for coal

Isn’t it the only black thing

We’re not afraid of?

Isn’t it symbolic how it slips out,

How it once was life,

How we need it,

How it kills us?

With no control of dark things,

Isn’t it what we know?

Isn’t it what believe in?

A wellspring of good intentions

Chris August is a writer and special educator from Baltimore, Maryland. He has been a part of the national poetry slam community since 2002. In that time, he has been ranked among the top ten performance poets in the world and has performed and competed across the country. He is the author of several self published collections of poetry.

August was a featured opening performer at ‘Howl’ in the City, a performance of Allen Ginsberg’s seminal poem “Howl” by Anne Waldman on July 23rd and 24th, 2010. Cosponsored by Split This Rock and Busboys and Poets.

Email ThisBlogThis!Share to TwitterShare to FacebookShare to Pinterest
Labels: Chris August, Poem of the Week