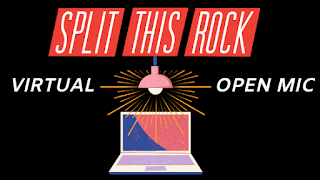 As we journey through political, economic, and global health crises, we turn to poetry to share truths that unearth underlying causes, illuminate impacts, and insist on transformative change. For many of us, today’s challenges are not new. The struggle of isolation, economic insecurity, inadequate medical care, deadly institutionalized negligence, governmental decisions that put Black, Brown, Indigenous, Asian, disabled, sick, and other structurally precarious people at greater risk are not new. Today, many more people are experiencing the vulnerability of these unrelenting issues. We recognize this opportunity for a heightened awareness of how our very survival depends on one another.

Poetry can help keep the flame of resilience, solidarity, and resistance alive in us. It can help us process and move through grief, anger, loneliness. Poetry can be a comfort when the most necessary actions are to rest and recover. It can remind us of what’s at stake, that our lives and legacy are worth the fight. As cultural workers, we know that culture shapes our political and social imagination at a foundational level. As poets, we can use poetry to map what is, what has been, and possibly, the way forward, including the reasons not to return to what does not honor and protect our lives, our communities, and our planet.

We asked poets to give us the words they chant to get out of bed, to raise their fists, to encourage their kin, to remind us, as this crisis does, that “we are each other’s business; we are each other’s magnitude and bond.” To read all of these poems, visit Split This Rock’s website.

23andMe Says My Body Is a Sanctuary City
By Jen Karetnick

for the Basque and the Romani

for Ötzi the Iceman, chipped out of the Alps
for 1,600,000 Ashkenazi Jews, one finger on the founding hand,
descendants from the 6,000,000, strained out like tea leaves

for the 19 percent of Ashkenazi with trace elements from Poland
for those who tunneled from Poland to Austria, rabbits barely ahead
of dachshunds
for my great-grandmother who drove her children to the coast in
a covered wagon
for her husband’s mother, who gave her offspring in the Ukraine
to a woman with another name

who have little opportunity for the slug of a single eyebrow
and only the third of a chance at widows’ peaks
who have better prospects at being made into widows on refugee
boats that have been returned to the wholesale of war, from
the cyclic pitch of death flights, in the in-flux policies in
detention rooms at airports, where green cards change to red

who have the option of variant after variant after variant
16234 of them located on mtDNA k1a1b1a, a haplogroup
no longer featured in the skin tone of the face or differentiated in a city of dry-footed, sun-shaded exilios
who are detected more and more often in these rebel, migrant genes