E916: How did poetry become so popular in Washington, DC? What makes DC a poetry or a poetic city? 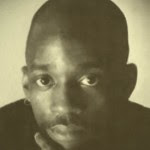 SB: DC has a long and rich poetic tradition, to which we are all the lucky heirs. Walt Whitman spent the Civil War years in the city and the Harlem Renaissance poetry movement was launched here by Langston Hughes, Georgia Douglas Johnson, Jean Toomer, and others. DC was home to influential Black Arts Movement poets Larry Neal, Gaston Neal, and Amos Zu-Bolton, among many others. Essex Hemphill was the best known Black gay poet of that gorgeous generation tragically lost to AIDS, those who came of age in the 1980s.

It’s no coincidence that most of these poets are African American, of course. Our city’s Black writers and artists have always nurtured and supported one another, developing a strong cultural voice that has been critical to the survival of the District’s Black community.

Today is no different. Older poets mentor younger ones, communities of poetry form and dissolve and re-form. DC becomes a living center for oral poetry – the oldest of poetic forms – newly named “Spoken Word.” The District of course is also home to the federal government, an institution endlessly dissected and analyzed by the press and the popular imagination. Those of us who live here, in contrast, are often forgotten. We claim our place in the world, therefore, with poetry. Here is our story, our poems declare. Pay attention.