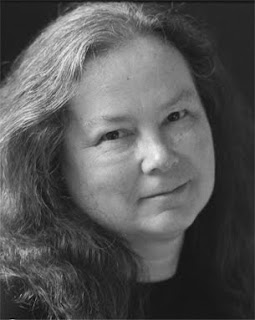 After the Disaster: Fragments

We are not starving.

shoes on our feet.

to care for us; a roof

over our heads. We are

of thousands has settled

Previously published in The MacGuffin.

Andrea Carter Brown is the author of a collection of poems, The Disheveled Bed (CavanKerry Press, 2006), and an award-winning poetry chapbook, Brook & Rainbow (Sow's Ear Press, 2000). Each Boat Signs the Water, her second poetry chapbook, won the 2010 Pudding House Chapbook Contest and will be published in 2011, together with a letterpress broadside of the title poem. She is completing a collection of linked heroic double sonnet crowns titled September 12. A longtime resident of New York City, where she was a Founding Editor of Barrow Street, she now lives in Los Angeles, where she has been Visiting Lecturer in Poetry and Managing Editor of the Emily Dickinson Journal at Pomona College.

Email ThisBlogThis!Share to TwitterShare to FacebookShare to Pinterest
Labels: Andrea Carter Brown, Poem of the Week