Poem of the Week: Reginald Harris 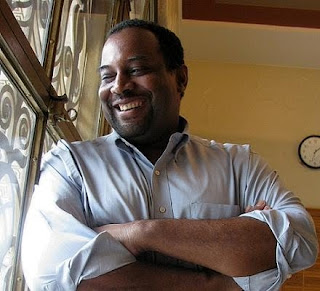 you no longer notice
the discomfort...........the limp is just
another thing to live with
pain just another fact of life

until someone you haven’t seen for a time
asks......Why are you limping
and you remember
Oh yes, that’s right –
I have a pebble in my shoe

and then what do you do
take it out.......leave it in because
you are used to its dull and constant ache
do not want to learn how to walk properly again

live long enough
with war
and it becomes
normal

photos of the dead close out
nightly news programs.........a familiar tag-
line as the anchor signs off
until tomorrow

images of troops march across
a strange topography....the sound of guns
going off in places so distant
you hardly notice........ one barely hears a noise

until someone says
We’ve been at war my entire adult life
and you remember
Oh, yes, that’s right –
there IS a war still going on

And then what do you do?

Poetry in the Branches Coordinator for Poets House in New York City, Reginald Harris was a Finalist for a Lambda Literary Award and the ForeWord Book of the Year for 10 Tongues: Poems (2001). A Pushcart Prize Nominee and recipient of Individual Artist Awards for both poetry and fiction from the Maryland State Arts Council, his work has appeared in numerous journals, anthologies, and other publications. Contributor to LGBTQ America Today: An Encyclopedia (2008), he is currently pretending to work on two manuscripts.

Harris was on the panels Gay and Lesbian Poetry in the 40th Year Since Stonewall: History, Craft, Equality and Black LGBTQ Writing as Agents of Change at Split This Rock Poetry Festival: Poems of Provocation & Witness 2010.

Email ThisBlogThis!Share to TwitterShare to FacebookShare to Pinterest
Labels: Poem of the Week, Reginald Harris