This new feature will showcase activists that embody the spirit of Split This Rock in the world. If you would like to suggest an activist to feature, please contact me at khsplitthisrock at gmail dot com. 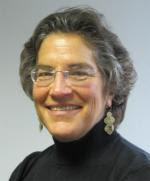 Causes: Ending wars and occupations; these days so urgently Afghanistan and Iraq, but for too many decades now, Palestine. My latest book is Ending the US War in Afghanistan: A Primer, available from Interlink Books.

Inspirational Quote: "I have gone through a difficult apprenticeship and a long search, and also through the labyrinths of the written word, to become the poet of my people. That is my reward, not the books and poems that have been translated, or the books written to explicate or to dissect my words. My reward is the momentous occasion when, from the depths of the Lota coal mine, a man came up out of the tunnel into the full sunlight on the fiery nitrate field, as if rising out of hell, his face disfigured by his terrible work, his eyes inflamed by the dust, and stretching his rough hand out to me, a hand whose calluses and lines trace the map of the pampas, he said to me, his eyes shining: "I have known yo for a long time, my brother." That is the laurel crown for my poetry, that opening in the bleak pampa from which a worker emerges who has been told often by the wind and the night and the stars of Chile: "You're not alone; there's a poet whose thoughts are with you in your suffering." ...But how wonderful to have been in Ulan Bator! More so for someone like me who lives in all beautiful names. I live in them as in dream mansions intended just for me. And so I have lived, relishing every syllable, in Singapore's, in Samarkand's names. When I die, I want to be buried in a name, some especially chosen, beautiful-sounding name, so that its syllables will sing over my bones, near the sea." - From Memoirs by Pablo Neruda

I Am There
by Mahmoud Darwish

I come from there and remember,
I was born like everyone is born, I have a mother
and a house with many windows,
I have brothers, friends and a prison.
I have a wave that sea-gulls snatched away.
I have a view of my own and an extra blade of grass.
I have a moon past the peak of words.
I have the godsent food of birds and an olive tree beyond the ken of time.
I have traversed the land before swords turned bodies into banquets.
I come from there, I return the sky to its mother when for its mother the sky cries, and I weep for a returning cloud to know me.
I have learned the words of blood-stained courts in order to break the rules.
I have learned and dismantled all the words to construct a single one:
Home
Posted by Katherine Howell at 3:59 PM