Friday's Schedule for Split This Rock!

We're having a great time! Last night was an amazing opening, and today promises to be fantastic. Join us this afternoon for Poetry in the Streets, and join us tomorrow for great workshops, panels, and readings!

From 2:00-3:00 there will be film and performance, including an Open Mic, Affrilachian Poet Reading, Yoga and Poetry in Changing Times, Poetry in China: A Force for Change, and Children of Warriors: Inheriting War Anthology Reading.

There will be two sets of Featured Readings Friday, both at Bell Multicultural High School. First, at 5, Patricia Smith, Martín Espada, and Arthur Sze. Then at 8, Jeffrey McDaniel, Natalie Illum, Jan Beatty and Quincy Troupe will read.

Check out the full schedule for details. 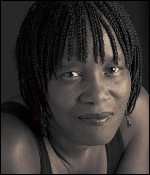 Patricia Smith is the author of five books of poetry, including Blood Dazzler, chronicling the tragedy of Hurricane Katrina, which was a finalist for the 2008 National Book Award, a choice for Library Journal's Best Poetry Books of 2008, and one of NPR's top five books of 2008; and Teahouse of the Almighty, a National Poetry Series selection, winner of the Hurston-Wright Legacy Award and About.com’s Best Poetry Book of 2006. She also authored the ground-breaking history Africans in America and the award-winning children’s book Janna and the Kings. She is a professor at the City University of New York/College of Staten Island, and is on the faculty of both Cave Canem and the Stonecoast MFA program at the University of Southern Maine. Patricia wowed audiences at Split This Rock’s inaugural festival in 2008. 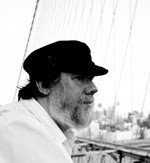 Martín Espada, called “the Latino poet of his generation” and “the Pablo Neruda of North American authors,” has published sixteen books in all as a poet, editor, essayist and translator, including two collections of poems last year: Crucifixion in the Plaza de Armas (Smokestack, 2008), released in England, and La Tumba de Buenaventura Roig (Terranova, 2008), a bilingual edition published in Puerto Rico. The Republic of Poetry, a collection of poems published by Norton in 2006, received the Paterson Award for Sustained Literary Achievement and was a finalist for the Pulitzer Prize. Another collection, Imagine the Angels of Bread (Norton, 1996), won an American Book Award and was a finalist for the National Book Critics Circle Award. A former tenant lawyer, Espada is now a professor in the Department of English at the University of Massachusetts-Amherst, where he teaches creative writing and the work of Pablo Neruda. www.martinespada.net

Arthur Sze is the author of nine books of poetry, including The Ginkgo Light (2009), Quipu (2005), The Silk Dragon: Translations from the Chinese (2001), and The Redshifting Web: Poems 1970-1998 (1998), all from Copper Canyon Press. He is also the editor of Chinese Writers on Writing (forthcoming from Trinity University Press in 2010). His poems have been translated into Albanian, Bosnian, Chinese, Dutch, Italian, Romanian, Spanish, and Turkish. He is the recipient of a Lila Wallace-Reader’s Digest Writers’ Award, a Guggenheim Fellowship, an American Book Award, a Lannan Literary Award for Poetry, two National Endowment for the Arts Creative Writing fellowships, a George A. and Eliza Gardner Howard Foundation Fellowship, three grants from the Witter Bynner Foundation for Poetry, and a Western States Book Award for Translation. He is a professor emeritus at the Institute of American Indian Arts and lives in Santa Fe, New Mexico, where he served, from 2006 to 2008 as the city’s first poet laureate. [Photo credit: Mariana Cook] 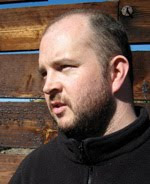 Jeffrey McDaniel is the author of four books of poetry, most recently The Endarkenment (University of Pittsburgh Press). His work has appeared in dozens of journals and anthologies, including Best American Poetry 1994, American Poetry Review, Ploughshares, and The Outlaw Bible of American Poetry. He has won several awards, including an NEA Fellowship. He teaches creative writing at Sarah Lawrence College. Jeffrey lived and wrote in Washington DC throughout the 1990s, working for DC WritersCorps and co-hosting a mainstage poetry series at the Black Cat called Blabbermouth Night. He studied at George Mason University, where he edited Phoebe and was active in Poetry Theater. He represented DC at the National Poetry Slam from 1993 to 1995.

Natalie E. Illum is an activist, writer and federal employee. Natalie is a founding board member of mothertongue and promotes queer and marginalized writers, musicians, and artists through 3Word Productions. She also facilitates poetry and activism workshops in a variety of community venues. Natalie's chapbooks Counterbalance and On Writers Block and Acrobats are available on Lulu Press. Her work is included in Growing Up Girl (GirlChild Press, 2006), Word Warriors: 35 Leaders of the Spoken Word Revolution (Seal Press, 2007), an anthology edited by Alix Olson, and Women of the World Poetry Slam Anthology. Her poetry was selected by Minnie Bruce Pratt for Feminist Studies. In May 2007, Natalie collaborated with LAVA, an acrobatic troupe in Brooklyn, and perfected her skills at performing poetry upside down. Natalie is in the process of adapting her unpublished memoir, Spastic, to the stage with the help of renowned performance poet and director Regie Cabico. She is currently ranked 25th at the Women of the Worlds Poetry slam. www.3wordproductions.com/Natalie.html

Jan Beatty's new book, Red Sugar, was published by the University of Pittsburgh Press in Spring, 2008. Other books include Boneshaker and Mad River, winner of the 1994 Agnes Lynch Starrett Prize. Ravenous, her limited edition chapbook, won the 1995 State Street Prize. Beatty has worked as a welfare caseworker and an abortion counselor. She worked in maximum-security prisons and was a waitress for fifteen years. Her poetry has appeared in Quarterly West, Gulf Coast, Indiana Review, and Court Green, and in anthologies published by Oxford University Press, University of Illinois Press, and University of Iowa Press. Awards include the $15,000 Creative Achievement Award in Literature from the Heinz Foundation and Pittsburgh Cultural Trust, the Pablo Neruda Prize for Poetry, and two fellowships from the Pennsylvania Council on the Arts. For the past fifteen years, she has hosted and produced Prosody, a public radio show on NPR-affiliate WYEP-FM featuring the work of national writers. Beatty directs the creative writing program at Carlow University, where she runs the Madwomen in the Attic writing workshops and teaches in the low-residency MFA program. www.janbeatty.com 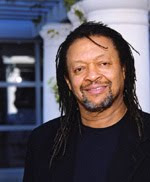 Quincy Troupe is an award-winning poet and author. He has written 18 books that include poetry, children’s books, and non-fiction works. His books of poetry include The Architecture of Language (Coffee House Press, 2006); Transcircularities: New and Selected Poems (Coffee House Press, 2002); Choruses; Avalanche; Weather Reports: New and Selected Poems; Skulls along the River; Snake-Back Solos: Selected Poems 1969-1977, which received an American Book Award; and Embryo Poems, 1967-1971. He has written two best-selling biographies: Miles: The Autobiography, Miles Davis with Quincy Troupe (Simon & Schuster 1989), and The Pursuit of Happyness (HarperCollins/Amistad 2005). He has written the screenplay for Miles and Me: A Memoir (University of California Press 2000), which is scheduled for production in 2009.
Posted by Katherine Howell at 1:15 PM