Are you ready? Tomorrow's the day!

Get pumped with our opening ceremonies at 6:00p.m., also in the Langston Room. Featuring young DC voices, including the Young Women’s Drumming Empowerment Project, the Shakti Brigade, winners of Split This Rock’s World & Me Youth Poetry Contest, and members of the DC Youth Slam Team. With readings of poems by Dennis Brutus, Lucille Clifton, and Mahmoud Darwish, plus the inspiring words of Howard Zinn.

Andrea Gibson, a powerful live performer, was the winner of the 2008 Women of The World Poetry Slam (Detroit), and has placed 3rd in the world for the last three years by the iWPS. She won a DIY Poetry Book of the Year and was nominated for a Pushcart Prize for her first book, Pole Dancing to Gospel Hymns. She has been showcased on Free Speech TV, the documentary Slam Planet, NPR, Air America, and Independent Radio Stations nationwide. She has recorded four full-length albums of poetry, the most recently, Yellowbird, in which her poetry is accompanied by piano, global drums, dobro, violin, and music by Kim Taylor, Chris Pureka, and Devotchka. The Denver Westword has said, “If slamming were professional boxing, Andrea Gibson would be the light weight you don’t think much of until she’s knocked you flat on your ass.” 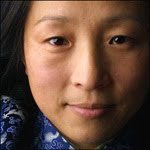 Wang Ping was born in China and came to USA in 1985. Her publications include American Visa (short stories, 1994), Foreign Devil (novel, 1996), Of Flesh and Spirit (poetry, 1998), The Magic Whip (poetry, 2003), The Last Communist Virgin (stories, 2007), all from Coffee House Press. New Generation: Poetry from China Today (1999), an anthology she edited and co-translated, is published by Hanging Loose. Aching for Beauty: Footbinding in China (2000, University of Minnesota Press) won the Eugene Kayden Award for the Best Book in Humanities. In 2002, Random House published its paperback. She had two solo photography and multi-media exhibitions--“Behind the Gate: After the Flooding of the Three Gorges” at Janet Fine Art Gallery, Macalester College, 2007, and “All Roads to Lhasa” at Banfill-Lock Cultural Center, 2008. She is the recipient of National Endowment for the Arts, New York Foundation for the Arts, New York State Council of the Arts, Minnesota State Arts Board, the Bush Artist Fellowship, Lannan Foundation Fellowship, and the McKnight Artist Fellowship. She is associate professor of English at Macalester College.

Cornelius Eady's latest book of poems, Hardheaded Weather (Marian Wood/Putnam, 2008), was nominated for an 2008 NAACP Image Award. He is co-founder (with Toi Derricote) of Cave Canem, a national organization for African American poetry and poets, and Associate Professor of English at The University of Notre Dame. He is the author of six other books of poetry. His Victims of the Latest Dance Craze won the 1985 Lamont Poetry Prize from the Academy of American Poets, and his The Gathering of My Name was nominated for the 1992 Pulitzer Prize. Additional honors include the Prairie Schooner Strousse Award, a 2002 Oppenheimer Award for the best first play by an American playwright, and fellowships from the National Endowment for the Arts and the Guggenheim Foundation. He is Associate Professor of English and Director of the Creative Writing Program at the University of Notre Dame. [Photo credit: Chip Cooper] 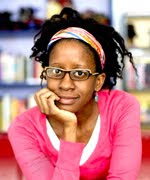 Holly Bass is a writer and performer. Her most recent body of work explores the endless allure of booty—from the Venus Hottentot to video vixens. A Cave Canem fellow, her poems have appeared in Callaloo, nocturnes (re)view, Beltway Poetry Quarterly, Role Call, and The Ringing Ear. Her work has been presented at the Kennedy Center, Arena Stage, the Whitney Museum, and the Experience Music Project in Seattle. She is the Cullen Poet-in-Residence for Busboy and Poets' 5th & K location in Washington, DC, where she coordinates open mic nights and writing workshops for the public. She has received grants from the DC Arts Commission and a 2008 Future Aesthetics grant from the Ford Foundation/Hip Hop Theater Festival. [Photo credit: YTanou Photography]

Brooklyn, NY, native Beny Blaq discovered he had an interest in poetry at the age of 13. Inspired by the art form of poetry and spoken word, which he calls the "greatest forum of expression," he decided to give his writing life. He has performed and featured nationally at open mic venues and community events and at more than 50 colleges and universities. Beny has conducted writing workshops in public schools, headlined in the play, "Prison Poetry," at the historic Lincoln Theatre in Washington, DC, and appeared on radio and TV outlets such as BET's Lyric Cafe, TV One and WHUR, as well as HBO’s hit series “The Wire.” He is the Poet-In-Residence at Busboys and Poets in Shirlington, Virginia.

Derrick Weston Brown holds an MFA in Creative Writing from American University. He has participated in VONA and is a Cave Canem fellow. His work has appeared or is forthcoming in Ginosko, Mythium, The Columbia Review, Beltway Poetry Quarterly, Drunken Boat, and MipOesia. In 2006 he released his first chapbook of poetry, The Unscene, and has recently completed a full-length manuscript, Wisdom Teeth. He teaches poetry at Hart Middle School in Washington, DC. He is the Poet-In-Residence at Busboys and Poets' 14th & V location in Washington, DC, and the bookstore, which is operated by the nonprofit Teaching For Change.
Posted by Katherine Howell at 4:14 PM

When The popular comment layout is common, so it is easily recognized scanning to post a comment. If the comment section is in a different format, then I am going to spend more time trying to decipher what everything means.