Poem of the Week: Cacayo Ballesteros 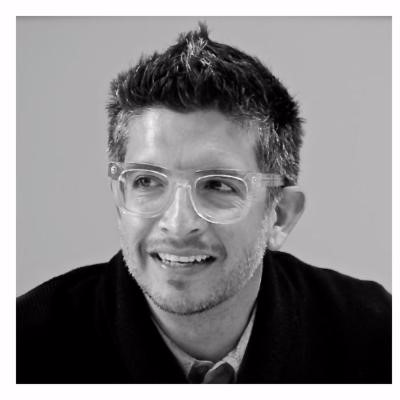 Chapas is what cops are called
in my country
who threw the too tortured
in the lion pits
of the Military Academy zoo
whose swampy foundation
now bears the weight of a gringo
luxury chain hotel
like a baroque temple on top a pyramid
let's say Incan
so we don't have to digress too much
about who really inhabited
the valley when the cassocked
great-great-grandfathers
of the bearded ones arrived.

With the quotidian metaphor
the temper of a chapa
our companions qualify us
get into the bags in our eyes
and search in those full moon shadows
for an empathetic caress
armed with the best French lingerie
so basically with hardly anything on
like the llucha of a moldy playing card.

llucha is what a naked woman is called
in my country.

They say we have a chapa's temper
that originated from having been someone
in the times encomiendas were given to generals
land where a young father and uncles hunted boar
land sold with Indians on it.

-Did you end up getting grandpa's sword?

-Not even the sheath.

***
Cacayo Ballesteros (José R. Ballesteros, Quito, Ecuador) is a Professor at St. Mary's College of Maryland. He has a Ph.D. from the Department of Spanish and Portuguese at the University of Kansas. Ballesteros' poetry has been published in several journals and has been anthologized in Al Pie de La Casa Blanca: Poetas Hispanos de Washington,  DC (Academia Norteamericana de la Lengua Española, 2010). His first book of poems Lovedust/Polvo enamorado (Izote Press), was published in early 2014. He is the co-founder and chief editor for Zozobra Publishing (Hyattsville, MD; Brooklyn, NY), an independent press that publishes bilingual poetry in the US. Ballesteros is also a published translator of Latin American poetry. He is a co-author of the Spanish literary anthology Voces de España (Cenage, 2013) and has published several articles about the influence the contact with the "New World" had on Spanish letters of the XVIIth century.

***
Please feel free to share Split This Rock Poem of the Week widely. We just ask you to include all of the information in this post, including this request. Thanks! If you are interested in reading past poems of the week, feel free to visit the blog archive.
Posted by Blog This Rock at 9:00 AM

Email ThisBlogThis!Share to TwitterShare to FacebookShare to Pinterest
Labels: Cacayo Ballesteros, Poem of the Week, Sunday Kind Of Love