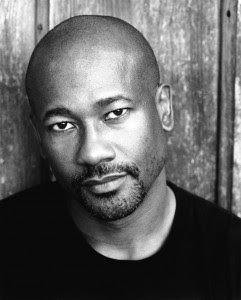 When the universe reached out for your daughter's

daughter and she reached out for you, your hands

were too full of furniture to hold her

after U-hauled the heavy weight in your lungs

from one room to the other and back

after you cloaked all the nicotine in your veins

in bubble wrap and tucked it away in the brown box

that is your body, you allowed the tattered wings

of family to escort you uptown, where you landed

like the ghost of a woman in baggage claim who

flew non-stop on Valium and a glass of wine

who admitted aloud that she was afraid, of flight

but not you, who are afraid of nothing, except flying

too low, into a room before the bleeding starts, before

well after the staff deposits the tiny ink footprints

a dead baby and a pink blanket near her bedside

where a white woman's red roses would have been

Frank X Walker is a founding member of the Affrilachian Poets and editor and publisher of PLUCK!, the new Journal of Affrilachian Art & Culture. His poems are anthologized in The Appalachian Journal, Limestone, Roundtable, and My Brothers Keeper. Other new work appeared recently in Mischief, Caprice & Other Poetic Strategies, Tobacco , Kentucky Christmas, Cornbread Nation III, Kudzu, The Kentucky Anthology: Two Hundred Years of Writing in the Bluegrass and the Louisville Review. He currently serves as an Associate Professor in the department of English at the University of Kentucky.

Walker was on the panel Raising Radical Poets and read as part of the Affrilachian Poets Reading at Split This Rock Poetry Festival: Poems of Provocation & Witness 2010.

Email ThisBlogThis!Share to TwitterShare to FacebookShare to Pinterest
Labels: Frank X Walker, Poem of the Week