Observing the 25th Anniversary of the Americans With Disabilities Act 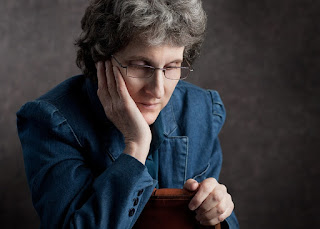 Twenty-five years ago, on July 26, 1990, a new era began for the nearly one in five Americans who have disabilities. On that day, the Americans with Disabilities Act (ADA), a federal law that protects our civil rights, was passed.

BIG LOVE to Split This Rock – for marking this milestone with a reading on July 19 at Busboys & Poets and a month of Poems of the Week by poets with disabilities.

Ableism – disability-based prejudice and discrimination – is so intricately woven into our culture that we often aren’t aware of it. Because of this lack of awareness, as poets, we often fail to include ableism in our “poetry of witness.”

In 1989, I folded my white cane and sat down at a deli in New York City. “You can’t eat here,” the man behind the counter said, “Blind people will depress people trying to eat.”

Decades earlier, my (late) mother was a lab technician in Philadelphia. Then, she knew she’d have been fired if her boss knew she had diabetes.

Historically, some states denied disabled people the right to marry or forced them to be sterilized.

Progressives have been no less ableist than conservatives. In the 1930s, disabled people staged sit-ins because they were left out of New Deal job programs.

Whether we’re HIV positive, recovering alcoholics, cancer survivors, wheelchair users, have epilepsy, mental illness, attention deficit disorder or rheumatoid arthritis – to name just a few of the people covered by the ADA – we have civil rights.

“Has the ADA ever truly been enforced? No and no again; yet how lucky we are to have a standard in the books we can fight towards,” Sheila Black, a poet and co-editor of the groundbreaking anthology Beauty Is a Verb: The New Poetry of Disability, emailed me.

Beauty Is a Verb is one of the first collections of poetry in the genre of disability poetics. The anthology’s more than 30 contributors have varied styles and sensibilities. Yet, they share in common a desire to authentically represent disability – to go beyond the ableism that historically has permeated so much of poetry.

“I love that I have the right to protest when I can’t enter a building...that we think about interpretation and sign language,” Black, who has x-hypophosphotemia (formerly known as Vitamin D Resistant Rickets), added.

As a lesbian, well aware that there’s no federal LGBT civil rights law, I, too, love the ADA. Yet, in great part due to lax enforcement, ableism persists. Only 18 of Amtrak’s over 400 train stations are accessible to anyone using a wheelchair, crutches, walker, braces – or even a woman pushing a stroller.  Many employers still won’t consider hiring qualified people with disabilities.  The ADA’s quarter century mark is a time not only for celebration but for poetry of witness.
More people in the poetry world than space permits me to name have been respectful toward myself and others with disabilities – from poet and Pulitzer Prize finalist Cornelius Eady to Gargoyle publisher Richard Peabody to Grace Cavalieri, producer/host of “The Poet and the Poem from the Library of Congress” to Clarinda Harriss, director, of my publisher BrickHouse Books.

Yet, ableism  runs deep in poetry circles. Poetry festivals and reading series are often not wheelchair accessible to poetry readers or audiences. Software programs used by poets to submit their work and publications’ websites are often inaccessible to blind and visually impaired poets. Frequently, poets with disabilities are excluded when the talk turns to diversity.

Props to Poetry Magazine for its on-going efforts to be inclusive toward people with disabilities. “Change is not just overdue in terms of the reception of work by poets with disabilities,” Don Share, editor of Poetry Magazine emailed me, “but in the very infrastructure of literary publishing.” That said, “we live in a time now when dangerous condescension toward people thought not to matter is eliciting action,” Share added, “...our poets are up to the task of rectifying injustice...”

Diversity isn’t tokenism, deaf-blind poet and Freedom Plow Award finalist John Lee Clark reminded me. “Just one or two of us isn’t diversity,” Clark emailed me, “...We need to see poets with disability in EVERY facet of the literary landscape, top to bottom, sea to shining sea, in all the hidden places and all of the public spaces.”
Happy 25th, ADA!

Kathi Wolfe is a writer and poet. Her most recent collection The Uppity Blind Girl Poems, winner of the 2014 Stonewall Chapbook Competition, was published in 2015 by BrickHouse Books. Her work has appeared or is forthcoming in Gargoyle, Beltway Poetry Quarterly, Poetry Magazine and other publications. She is a contribution to the anthology Beauty Is a Verb: The New Poetry of Disability.
Posted by Blog This Rock at 11:48 AM

Terrific piece, Kathi--and many thanks for the surprise of seeing my name mentioned, esp. along with the likes of the others in the same paragraph. I was stunned by some of the facts you cited, esp. to see relatively common ailments such as RA and diabetes on the list. However, knowing people with both illnesses, I am well aware of how very difficult those ailments make a person's life, and I'm glad ADA covers them.

The only thing is, it's not that intuitive navigating to the actual poems of the week. I clicked the link in your blog post and got to the submissions call, and then had to look around to see the actual poem of the week, which I didn't realize was only a partial and only kind of accidentally ended up on the page that showed the whole thing... Just some usability feedback.

Thank you for the feedback, Claudia. We've just made the transition to Poems of the Week appearing on the website itself for the first time. (They used to appear here on the blog.) Now, if you go to any page on the website at http://www.splitthisrock.org/ there is a Poem of the Week box with the start of that week's poem. Click on "Keep reading" to go to the page with the full poem. Or hit the arrows to see previews of the previous four poems.

I see, though, that on the dedicated Poem of the Week page on the website, we need to add a note that the current week's poem is in the box to the right. Thank you for pointing that out.

By the way, all the past Poems of the Week are now gathered in The Quarry, a poetry database housed on the website and searchable by social issue, as well as by poet's name and identity. So you can poke around in there and find more poems on disability - or on many other issues.