Poems that Speak Out Against Violence and for Embrace - Anita Lerek 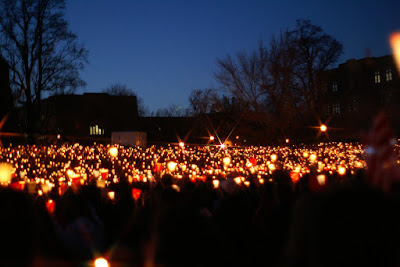 She is a ghost in the gay and lesbian archive,
laboring with records of HIV blood tests,
insurance policies, police summonses, obituaries;.
her mind, a jury of lives, what to destroy,
what to store as stand-ins for being:

She is the archivist of her times,
at the retractable shore watching,
then falling into the furies that destroy
inside and out: from nausea and night sweats
and wasting away to carpeted and drug-sweetened
pits created by dragons from desperate quarters
raging, stabbing, shooting away.

She is the shaman communicating between ancestors
and pleaders, she is the instrument
that transports back from the dead.

Lazarus-like snaking out of the rock.
She sorts through leaflets and postcards,
cries from another time,
deciphering messages
on mother pines
pulped and squeezed
into paper weapons demanding life.
Keep the scribbled note of a meeting, the route of the demonstration,
guest list of dignitaries, announcing a politician’s effigy burning:
boxes of memories, screaming infants that won’t be stilled.

Are there contraceptives to block suffering’s ooze
to the witness, bomb shelters to safeguard angels?
Say, a decisive thrust, a certain view that draws a line
between you and them, such as,
‘it’s just the past, just a job, it’s far away.
Don’t worry, nothing wrong with you.’

Her body holds the others,
through continuous exposure,
frame by frame, sharp pains
ground in velvet, with interludes
of the ordinary: dry cleaning stub
museum pass, bar receipt
for 12 bottles of ice vodka.

The social body grows upon the cells
and tissues of bodies, limbs upon limbs
linked by mathematical gods that enrich and curse
through multiplication.

Try to create barriers between the innocent and the enraged,
the hardy plants and the infected ones. Keep the beetles
and weeds from crossing over.

Try capturing stillness outside the body before doubling over.
Try for delay with prescriptions for cocktails:
Epzicom   Triumeq
Evotaz   Prezcobix.

On her late night walk home, young men laugh
and stumble over her as if she is not there.
She approaches the park bench,
inches in between the day’s damage,
fingers the odours, the burnings,
the swellings that thread through shadows
clenched together.

Cries propel her out of the wreck,
to work, to breathe messages
from mighty pine ancestors
into the mouths of those left standing.

Email ThisBlogThis!Share to TwitterShare to FacebookShare to Pinterest
Labels: Anita Lerek, call for submissions, poems of provocation and witness, Poems that Speak Out Against Violence and for Embrace