This conversation is one in a series of interviews with poets to be featured at Split This Rock Poetry Festival: Poems of Provocation & Witness, 2016.

Pre-registration for the festival will close tomorrow, Thursday, March 31, at midnight at Split This Rock's website. Please, register now if you plan to join us. 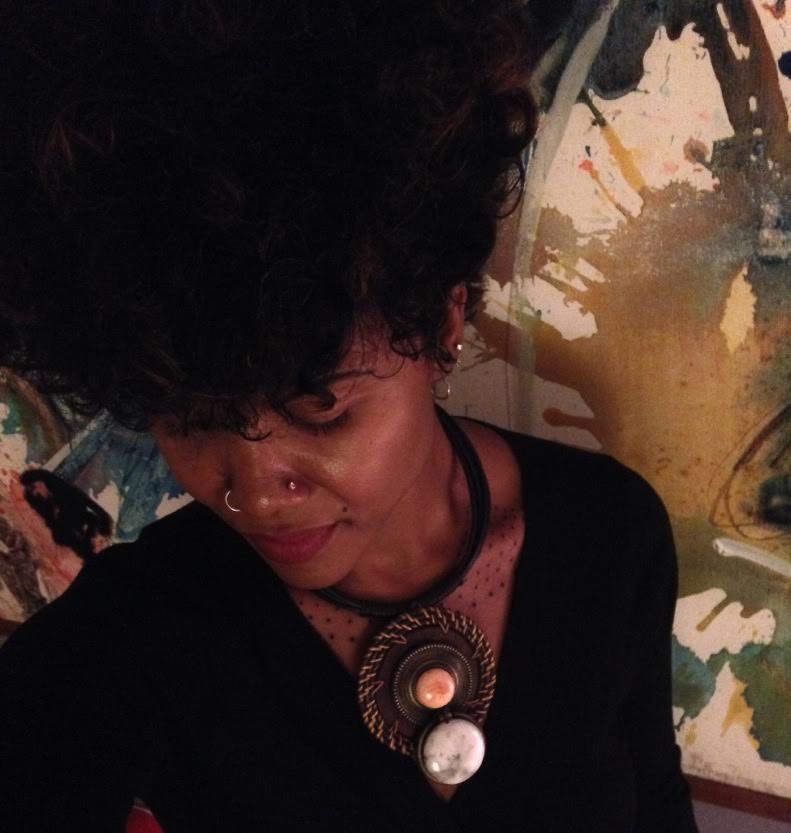 Dominique Christina. Mother. Teacher. Writer. TEDX Speaker. Licensed educator. Unapologetically large. Dominique entered the world of slam (competitive) poetry in 2011 and won the National Poetry Slam Competition that year. In 2012, Dominique won the Women of the World Poetry Slam Championship. In 2014 she won the Women of the World Poetry Slam Championship again, the only person to win that honor twice. She performed her tribute poem for Emmett Till in Washington D.C. for an inaugural event celebrating the anniversary of the March on Washington, for Emmett Till's and Trayvon Martin's families. Her work was featured on TV ONE's broadcasted show Verses and Flow. Her first full length book of poetry The Bones, The Breaking, The Balm was published by Penmanship Books in NY. Her book This is Woman's Work  appeared from Sounds True Publishing in 2015. Her work can be found in various anthologies and literary journals including Heart and Soul Magazine, The Dead Animal Handbook Anthology, Tandem, The Independent, Hysteria, and others. She is presently working on a Young Adult novel for Random House/Knopf. Learn more at Dominique Christina’s website.


Elizabeth Acevedo (EA): Sometimes in the literary world, there is a dichotomy created by “othering” how work depending on how it is presented. I’m thinking here of  how poets who perform see this binary created as “page” vs “stage”. As someone who has not only been the reigning champion in almost every major national poetry slam event, but who has also received nods from Publisher’s Weekly for the work you’ve published, how do you navigate these binaries? Do you consider them imaginary? What tools do you deploy to work around or within them?

Dominique Christian (DC): I don't feel like I am navigating any binary whatsoever between page and stage. That has always felt like mythology to me. I was a little girl listening to my mama and grandparents walk around the house reciting canonical authors like T.S. Eliot and Edgar Allan Poe and while much of the language was more mature than I and escaped my understanding, what was not lost to me was how delicious and possible language is...and how available it is to all of us. My family of origin taught me that anything, anything at all can be "performed" and felt by folk in the room. I never wanted to get into slam (competitive poetry) in the first place. I thought I would live and die in a very "Dickinsian" way. I thought I would be an old woman dead in bed and my grandchildren would discover a crate full of poetry and be aghast to learn that I was a poet all that time. I had no desire to perform. Poetry and how I was engaging it almost felt like a secret; a holding place for all my ghosts. When I did relent and try slam for the first time (in 2011) I was deliberate about not bending to slam in any way. I wanted my voice to remain itself. Hell, I was never even able to honor the three minute time limit. But what I was performing in these competitions were pages from my diary, unsent letters to a dead stepfather, curses, etc. I was always surprised when I won. No. No binary for me between page and stage. At least not one I am willing to concede to.

EA:  I definitely see how you resist the typical, simplistic categorization in your body of work. Time and again your embrace fluidity between genres and form.  I’m thinking particular to how your third book, “This Woman’s Work” seems like a departure from the form used in your previous two books; it’s a book that fuses myth, and poetry, and prose, and the lyric essay and yet offers very tangible advice. I am moved by how you continuously use every platform and genre available to you to tell your story: performance and publishing, poetry and prose...I even read somewhere you’re working on a Young Adult Novel. What is it that these different forms or genres offer you? Do you consider yourself primarily working within one platform? What is the process of creating a project that takes on many shapes as you’re writing it?

DC: I love language. I love writing and the radical nature of it. The honesty and truth telling it affords the individual. And there are many ways to be relative to language to communicate an idea or tell a story or hide a body, or unearth one. I love creative nonfiction. I love poetry. I love playwriting. I love stretching my own capacity. "This is Woman's Work" was written in 10 days. I'm obsessive like that. Once an idea latches on I have to lean into it forsaking most everything else until it is done. There were things about that book that I was afraid of; stories I was loathe to tell but I knew if I hung around with the idea too long I would never actualize it. I can always talk myself out of something particularly if the thing itself will expose some shit I am not ready to see about myself. The children's book is written lyrically so its not a sharp departure for me and the main character is a young girl and not only was I once that I am also raising that. Listening to my daughter and her friends provided a lot of the nuance necessary to capture the narrator's voice. In terms of process I am not sure how to language that except to say, I finish what I start, I never second guess the writing, I trust the process and believe entirely that my consciousness is working on my behalf and if I get out of the way enough there is an ancestral logic that takes over for me.

EA: You are one of the most commanding performers I’ve ever witnessed, and you speaks on very controversial topics. You’re definitely socially engaged and unbending in getting your points across. As a poet who tours professionally, doing full shows for different audiences all over the country, and given our current climate of political and racial and LBGTQ tension, are you ever afraid of how your performance will be read?

DC: No. I ain’t afraid of shit. I don't think about that at all. I never worry about how or whether my performance will be received. Never. I didn't worry about it when I was slamming either. That probably sounds egotistical but it's not a statement borne out of ego. It is a statement borne out of a whole lot of soul work and grappling. I chased my ghosts down a long time ago. Nobody can hurt me with my story. It's mine. If they don't feel me they don't feel me. Fortunately I don't really have that experience. There are always people in the room wanting permission to grieve or rage or say amen. I bleed out loud and in doing so I think it gives other people permission to do the same.

EA: I love that you feel no fear when it comes to occupying space a black queer woman. I think that fearlessness is shown in your work, in how you take risks with both content and craft, as well as performance.  Are there any rituals you partake in to help prepare yourself for certain audiences, things that help you remain unafraid?

DC: I am a black girl. I interrupt space everywhere I go. Been doing that all my life. When I was young I felt apologetic about it. Tried to shape shift. Get smaller; appear to be normal, ordinary. It only produced depression and suicidal ideation. I don't commit those crimes against myself anymore. I'm good with all of my moving parts. I am aware of, and pay attention to the eco-systems that are challenged by me showing up as myself. And when that is apparent to me I usually turn the volume way up. I'm in possession of my body. I ain't afraid of it. I don't loathe it. I don't apologize for it. The only ritual I practice to ready myself for rooms that may not know what to do with all of who I am, is to remember that I could have died a thousand times but didn't. So many other people did...and do. The least I can do is be in the full utility of my personhood. Least I can do is live out loud. I'm surrounded by people who see me and love me. That is more than enough worship and assurance right there. I don't mind putting my head in the lion's mouth from time to time.

EA: I love it! I know that after this interview, and certainly after people hear you read at the festival folks will want to know where to look for your next project. So give us the inside scoop, what are you working on now? What should we look forward to from the indomitable Dominique Christina?

DC: Finished a third volume of poetry that walloped me emotionally but I think it's one of the best things I have ever written. Finished the Young Adult Novel tentatively called Blood Misbehaves: The Period Chronicles of Mattie Metisse. And I'm in the beginning stages of curating an ambitious project for the fall called the Ruin Woman Exhibit that will involve live performance art, mixed media, blood, nudity...a moving museum of sorts. It will be one of the scariest things I have ever done, as an artist or a human being. I can't wait. 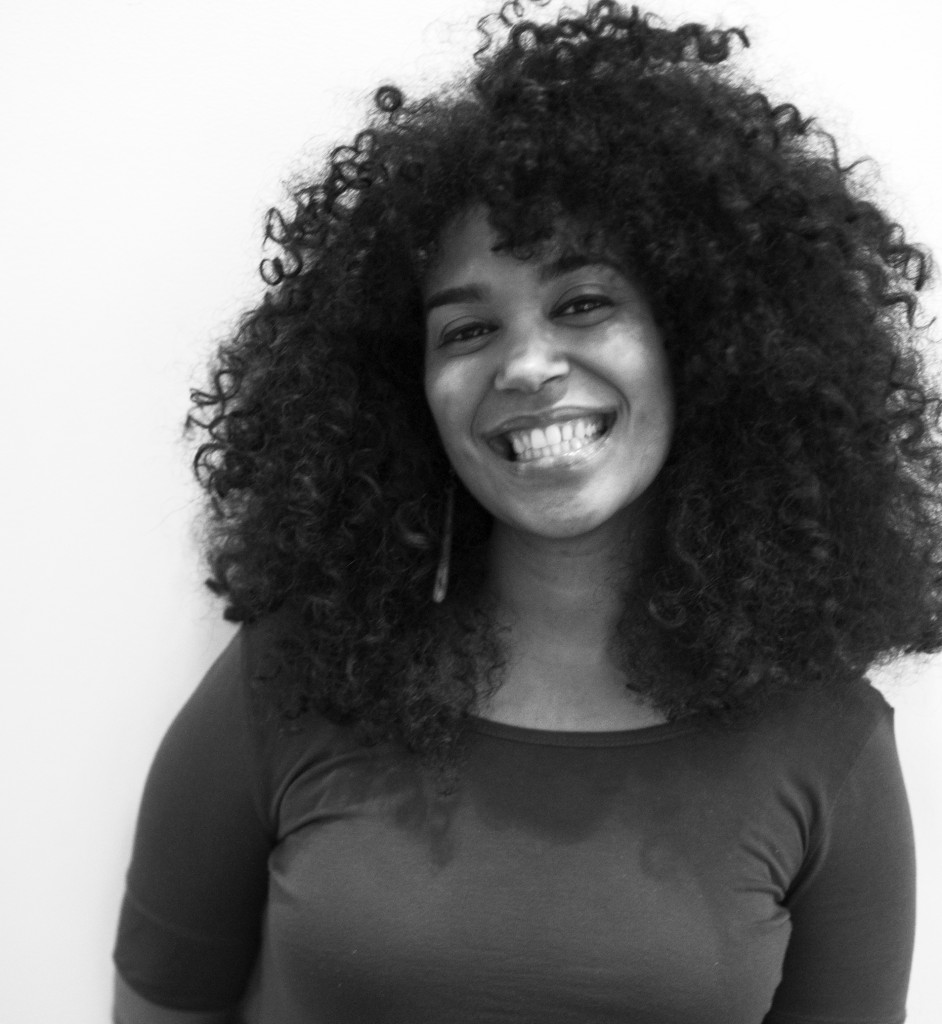 Elizabeth Acevedo is the Assistant Youth Programs Coordinator and head coach of Split This Rock's DC Youth Slam Team. She was born and raised in New York City and her poetry is infused with her Dominican parents’ bolero and her beloved city’s tough grit. She holds a BA in Performing Arts from The George Washington University as well as an MFA from University of Maryland. With over twelve years of performance experience, Acevedo has been a featured performer on BET and Mun2, as well as delivered a TED Talk that aired in March of 2013. She has graced stages nationally and internationally including renowned venues such as The Lincoln Center, Madison Square Garden, and the Kennedy Center of the Performing Arts. Acevedo is the 2014 Women of the World Poetry Slam representative for Washington DC and placed in the top twenty-five in the overall competition. She holds the distinction of being the 2014 Beltway Grand Slam Champion, and as of August, she is a National Poetry Slam Champion. She lives in Washington D.C. and has been published or has poems forthcoming in The Acentos Review, The Ostrich Review, Split this Rock, Callaloo, Poet Lore, and The Notre Dame Review.
Posted by Blog This Rock at 9:00 AM