Interview with Mahogany L. Browne of Black Poets Speak Out


Finalist for the 2015 Freedom Plow Award for Poetry & Activism 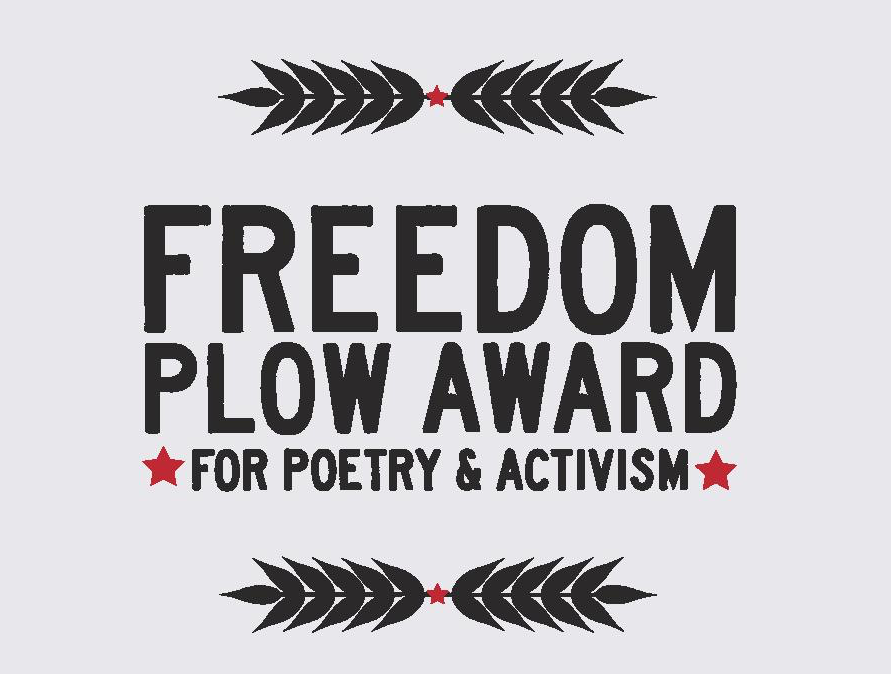 The Freedom Plow Award for Poetry & Activism, sponsored by the CrossCurrents Foundation, recognizes and honors a poet who is doing innovative and transformative work at the intersection of poetry and social change. The award, judged this year by Sheila Black, Martha Collins, and E. Ethelbert Miller, is being given for the second time in 2015.

Tickets now on sale! Join us on April 2, at the Arts Club of Washington, as we honor Mark Nowak for his work establishing "poetry dialogues" among workers around the globe.

ABOUT BLACK POETS SPEAK OUT

What started as a conversation between Cave Canem fellows Amanda Johnston, Mahogany L. Browne, Jonterri Gadson, and Sherina Rodriguez-Sharpe, Black Poets Speak Out (BPSO) is a poetry collective and movement that began as a hashtag video campaign housed on Tumblr, featuring hundreds of videos from Black poets reading in response to the November 24 grand jury decision not to indict Darren Wilson, the police officer who murdered Michael Brown.

The project's purpose "is to centralize in one space hundreds of poems, songs, prayers, and testimonies speaking on behalf of black mothers, black fathers, black brothers and sisters -- thousands of voices insisting on justice. BPSO videos are a collective outcry for our black lives."

The movement lives through several ongoing phases: 1) Black poets create and collectively house poetry videos with the mantra "I am a black poet who will not remain silent while this nation murders black people. I have a right to be angry;" 2) serve as an off-line literary protest where poets and members of the community can safely gather and share information for marching, understanding and healing; 3) tie the power of the poetic voice to civic engagement through a unique letter writing campaign, where poets and allies submit letters and poetry videos to their elected officials. The letters call for immediate action against police violence and present solutions to the President, Vice President, and Attorney General by organizers across the nation. 4) Lesson plans - available at www.poetrysociety.org.

Black Poets Speak Out uses the force of art to transform policy.

When did you first start thinking about language as a means for social change?

I began looking at my work as a tool for change in 2002 when I began working with teenage pregnant girls in group homes. Most of these young women were wards of New York State due to neglect and were initially very unimpressed with poetry. I was very aware that creative writing wouldn't save ALL of them -- but I wanted to show them a different entry into motherhood and self healing. And so my fight began.

How do you see your art as a social change agent?

Once my students became parents that wrote poetry, college graduates that produced poetry, MFA Candidates studying poetry and authors of poetry collections -- I knew my art was not just changing my life.

How did you as organizers and artists find each other?

We are all Cave Canem fellows. We have an on-line forum where the question was posed by Amanda Johnston "What do we do?" -- Black Poets Speak Out was the response.

As a collective and a movement born as a response to the November 24 grand jury decision not to indict Darren Wilson, can you discuss the roles and themes of evidence and witness throughout BPSO?

The role of BPSO has been to serve as an opportunity to gather our voices: contemporary, elders and futurists in poetic protest. This literary form of activism serves as a conduit for literature, a blueprint for survival and a salve for the community.

How has the reality and vision of public space in our society inspired and guided your own poetry?

I am always writing from the perspective of a mother. Because I am one. But I have been so utterly impacted by the loss of these mothers' children...I realized what a privilege -- to NOT have to consider death before graduation, before becoming a grandparent. I write now, with the pure respect and empathy for the mourning of these slain black (and brown) men and women.

How has your work intersected with or supported the broader #BlackLivesMatter movement?

#BlackLivesMatter is a movement that allowed Black Poet Speak Out to exist. We are direct supporters of the #BlackLivesMatter campaign. As poets we are often aware of the power of activism and art. We stand in solidarity.

Can you discuss the role social media has played in the #BlackLivesMatter and Black Poets Speak Out movement?

I can only speak about BPSO in that regard. The videos that started in Brooklyn, NY & Atlanta, GA reached the eyes and fists of poets in England & Africa. BPSO became global because of social media. The urgency became palpable. The hashtag congregated the elegies and celebration and faith in one place. This act alone informs a community of the larger body chanting "you are not alone, you are not crazy" and the platform allows educators a portal in which to borrow the tools for the younger generation. Hopefully, this intergenerational discussion articulates the cultural genocide. Hopefully, will awaken the people to demand justice. And not give in to the silence.

How do you think social media will play into the longevity of these movements?

I think these conversations will always be accessible and of service to the people. I think social media interacts with the world when we physically cannot.

How do you see the role of intersectionality and inter-generations in the #BlackLivesMatter and Black Poets Speak Out movement?

We need "accomplices" instead of allies. White people need to speak to their communities because it is obvious Mike Brown isn't recognized as a son. It is obvious Eric Garner is not seen as a father. And because their Black reflections aren't valued, there is a disconnect when Black people are being lynched and their murderers aren't even indicted.

With voices from the Black Arts Movement and the Harlem Renaissance juxtaposed with contemporary black poets in #BlackPoetsSpeakOut, what do you see as the differences in poetry activism between these eras?

What are you most proud of as the Black Poets Speak Out movement?

That people are finding ways within their own bodies in which protest exist. That as we continue to write and produce and stand and yell and breathe -- we are protesting injustice and the continued disregard of our humanity.
Posted by Blog This Rock at 2:48 PM