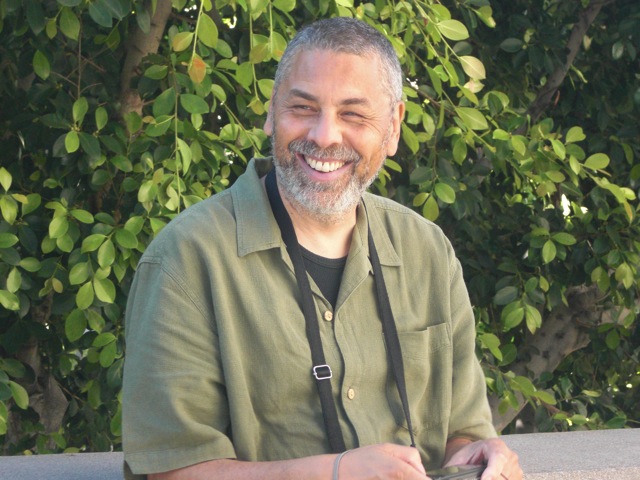 Don't Even Pretend
(The Saturn Poem)

PASADENA, CALIF., -- "It defies the laws or orbital mechanics as I understand them but two components of the fifth ring out are braided," said Dr. Bradford Smith of the University of Arizona, one of the scientists gathered at the Jet Propulsion Laboratory to study photographs being transmitted from [Voyager I]. "If the distribution of these braids is uniform around the entire ring then there are as many as 1,000 braids in the ring."

Not only is the fifth ring in braids, Smith said, but the 500-mile long braids appear to have kinks in them. Smith said that as bizarre as the braids are the kinks are even more bizarre. "If you look closely, you see abrupt bends in the braids, as if somebody took the surface and bent it," Smith said. "I don't even pretend to understand what this means."

Saturn's rings was all nappy
spread out from her head
like she just woke up
took a shower & aint dried them yet
dread locks
cluttered with moons/meteors/mysteries
so God, She said:

"girl...now you know
I can't let you be orbiting round me
looking like that. suppose we have company.
what they gon think of me?"

God took off from work
unscrewed Her Afro Sheen jar
washed Her comb & pick
sat under constellations
& told Saturn to sit on the space
between Her legs.

"honey, I got to plait your rings
even if I miss a day's pay."

God got to cornrowing Saturn's rings

"there child. I'm finished!
my my, you look like a magic pinwheel
gracing space. Here, look in my corona
& see how pretty you are."

***
From Bless the Ashes, poetry (Tia Chucha Press/Northwestern, 2014).
Used with permission.
Photo by Adenike A. Harris.


***
Peter J. Harris is a native of Southeast DC and an alumnus of Ballou High School and Howard University. He is the author of Bless the Ashes, poetry (Tia Chucha Press), and The Black Man of Happiness: In Pursuit of My 'Unalienable Right,' a book of personal essays. He has published his work in a wide variety of publications since the 1970s. Since 1992, he's been a member of the Anansi Writers Workshop at the World Stage, in LA's Leimert Park. Visit his website at: www.blackmanofhappiness.com.

Please feel free to share Split This Rock Poem of the Week widely. We just ask you to include all of the information in this post, including this request. Thanks! If you are interested in reading past poems of the week, feel free to visit the blog archive.
Posted by Blog This Rock at 10:00 AM

This is a work of art, reclaiming black culture with pride and describing a stunning encounter between Saturn and God, between all of us.