Each year, Split This Rock sponsors a national poetry contest, which serves to raise the visibility and prestige of poetry of provocation and witness. Winning poems are published on Split This Rock's website and their authors receive free registration to Split This Rock's biennial festival. Additionally, the 1st-place winner reads the winning poem on the mainstage at the festival. This year, honorable mentions also receive a signed copy of Nude Descending an Empire, Sam Taylor’s newest book.

We're grateful to the contest judge, Natalie Diaz, and to all who entered poems in this, our 8th annual contest. The poems were all brave and necessary and poets' voices are more essential than ever. Thank you. 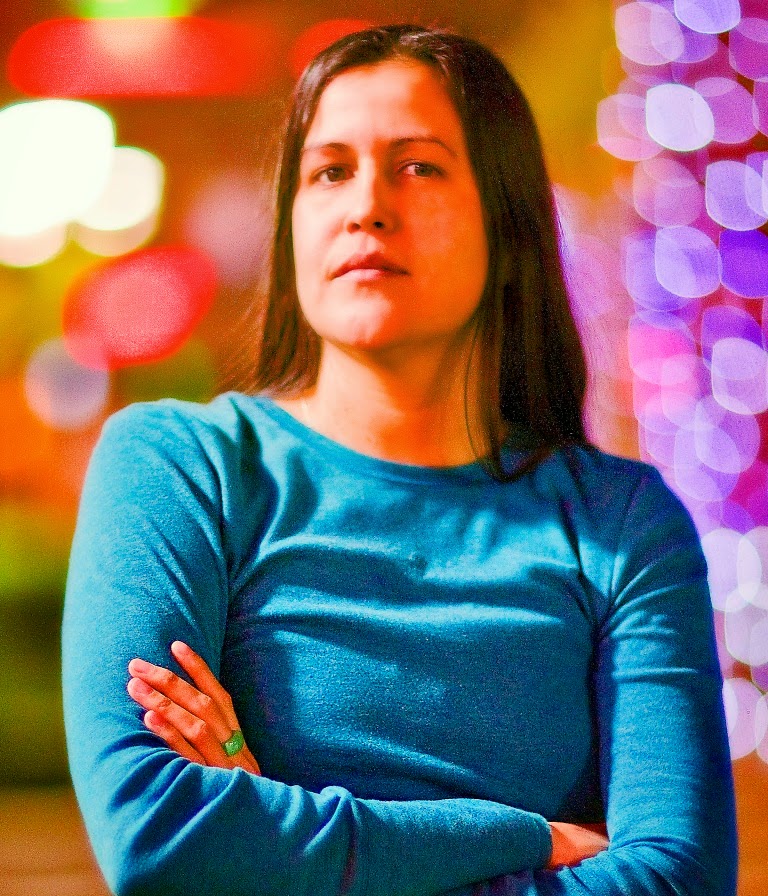 Natalie Diaz grew up in the Fort Mojave Indian Village in Needles, California, on the banks of the Colorado River. She is Mojave and an enrolled member of the Gila River Indian Community. After playing professional basketball in Europe and Asia for several years, she completed her MFA in poetry and fiction at Old Dominion University. She was awarded the Bread Loaf 2012 Louis Untermeyer Scholarship in Poetry, the 2012 Native Arts and Cultures Foundation Literature Fellowship, a 2012 Lannan Residency, as well as being awarded a 2012 Lannan Literary Fellowship. She won a Pushcart Prize in 2013. Her first book, When My Brother Was an Aztec, was published in June 2012, by Copper Canyon Press. She currently lives in Mohave Valley, Arizona, and directs a language revitalization program at Fort Mojave, her home reservation. There she works and teaches with the last Elder speakers of the Mojave language.

It was a lucky thing for me to judge this year’s contest. First, I enjoyed reading the poems and hearing the brave voices of the poets who built them. Second, I admire the unflinching work of Split This Rock and Sarah Browning and Company.

What I admired about the poem, “Letter From the Water at Guantanamo Bay” is the poet’s choice to continue looking at something that some of us have already begun looking away from—by that, I mean that often we stay away from subjects that “have already been written about,” or subjects that have already dominated the medial and social consciousness in a way that makes us feel they are clichéd. However, we cannot write enough about some of these painful cogs in the machineries of our worlds both past and present. Guantanamo Bay is one of those cogs, a great turner of shame and savagery. In this poem, the water becomes new, becomes more than water, becomes both the weapon and the judge, the deliverer of cruelty but also the only entity capable of compassion. The water becomes the thing we are both afraid of and aspiring to be, as the water says in this letter: Strange, isn't it? To be 58% a thing and yet recoil when you hear its rush—

First Prize: "Letter From the Water at Guantanamo Bay" by Sara Brickman, Seattle, WA.
Sara receives $500, free festival registration, and an invitation to read the winning poem at Split This Rock Poetry Festival in April 2016.

Second Prize: "Being Called a Faggot While Walking the Road to Clemson, South Carolina" by D. Gilson, Washington, D.C.
D. Gilson receives $250 and free registration at the April 2016 Split This Rock Poetry Festival.

Letter From the Water at Guantanamo Bay
-- Sara Brickman

They do not want me to be a river, but I am unstoppable.
I am the perfect instrument. Capable

of every sound, but here the only sound you hear under
me is No. Is, Please. The men

in uniforms strap them to the wood
and call it water-

boarding, like drowning is an amusing summer sport.
They hood them into darkness, and tilt their heads

back, pour me up nose and throat until they can't breathe without sucking
me in. Inside the prisoners' lungs, I see only panic,

and mothers. The men in uniforms say they do this
to get   “the information.”

I do not know what this   “getting”
means. I only know swallow

and crush
undertow and rip-

tide. I have been
the moon's wife, but here I taste of mold

and rust.
They line me up

with their scalpels, their chains,
their American pop music

played all night
to drive the men crazy, to get    the information

that you are made of me? Connected
to all the humid rot in this dungeon air—

how you make a puppet of the current
in you, soldier.

looking for answers? Like you could find an oracle
in more death

you drainers
of the heart. I made you.


I understand why you do this.
I know what it is
to close your eyes and see only the thousands of dead

someone has laid at your doorstep. You have filled me
with shipwreck and slave-hold but still

you holler bold
with your proud, American heart and I wish

I could stop flowing in you.

Wish I could return to the clouds,
to kiss the lightning with my wet throat

like waves. I have
one muscle,
and it wraps around the entire earth.

how to lick clean. 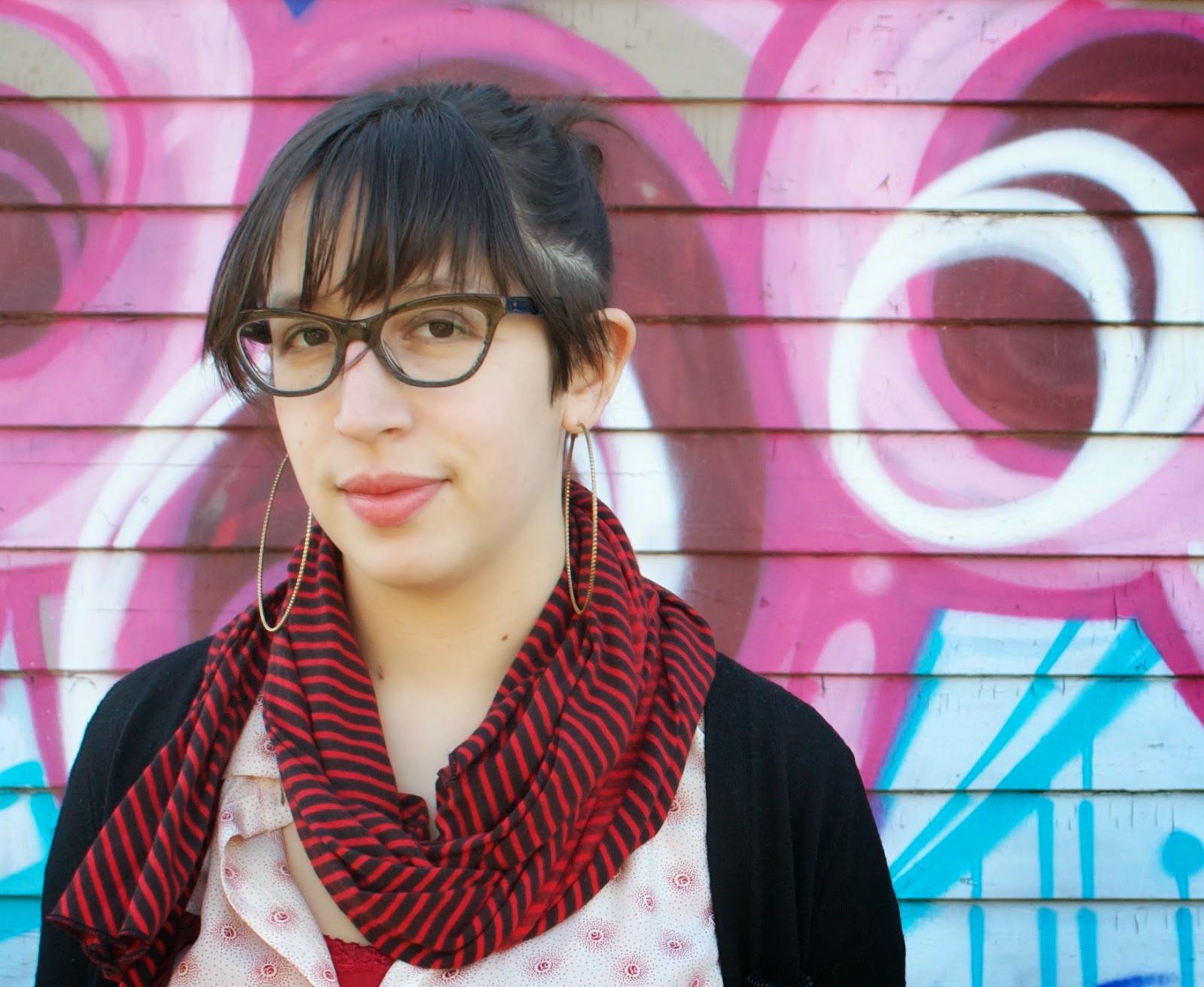 Sara Brickman is an author, performer, and activist from Ann Arbor, MI. The 2014 Ken Warfel Fellow for Poetry in Community, Sara is the winner of the 2014 Split This Rock Abortion Rights Poetry contest, the recipient of a grant from 4Culture, and an Artist Trust EDGE fellow. Her work has been published or is forthcoming in Bestiary, Hoarse, The New, Alight, and the anthology Courage: Daring Poems for Gutsy Girls. A teacher with Writers in the Schools, three-time member of the Seattle Poetry Slam Team, and the 2013 Rain City Women of the World Slam Champion, Sara has performed her work at venues across North America. She is the founder and curator of the living-room reading series The Hootenanny, which showcases groundbreaking writers and performers. She lives and writes in Seattle, WA.

Being Called a Faggot While Walking the Road to Clemson, South Carolina
-- D. Gilson

& only an empty Wendy's cup
thrown to ditch

& the truck passing
(& it is almost always

a truck) slows just
to roll down

the window & O
I wish they could smell

this & O I wish
I could quit

them driving
so fast & missing

this honeysuckle, so dew-
sweet this morning. 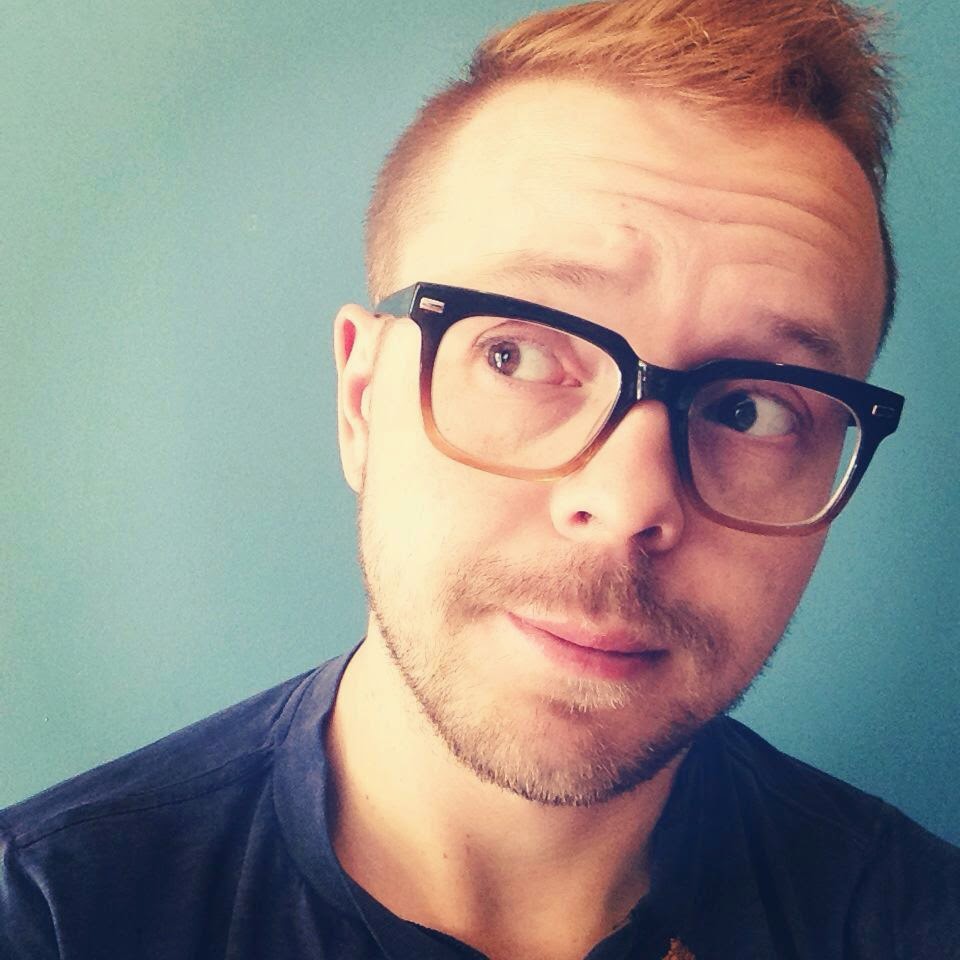 D. Gilson is the author of Crush (Punctum Books, 2014), with Will Stockton; Brit Lit (Sibling Rivalry, 2013); Catch & Release (2012), winner of the Robin Becker Prize; and a forthcoming essay collection, Learning to Poem (Sibling Rivalry, 2015). He is a PhD candidate in American literature and cultural studies at The George Washington University, and his work has appeared or is forthcoming in PANK, The Indiana Review, and The Rumpus. Find D. at dgilson.com.

I let Shane Kennedy
reach back in his desk
to fondle my calf,
soft and buttery
after the first shave,
hoping he wouldn’t say
Moslem again, wouldn't
ask, So your dad’s
a professional terrorist?
I wish
I’d unstitched the seams
of my skort, lured him
into a bathroom stall,
bit his lip ‘til he bled
and had torn my shirt off—
a ticking bomb strapped
to my training bra—
and let him lick me,
made him swallow. 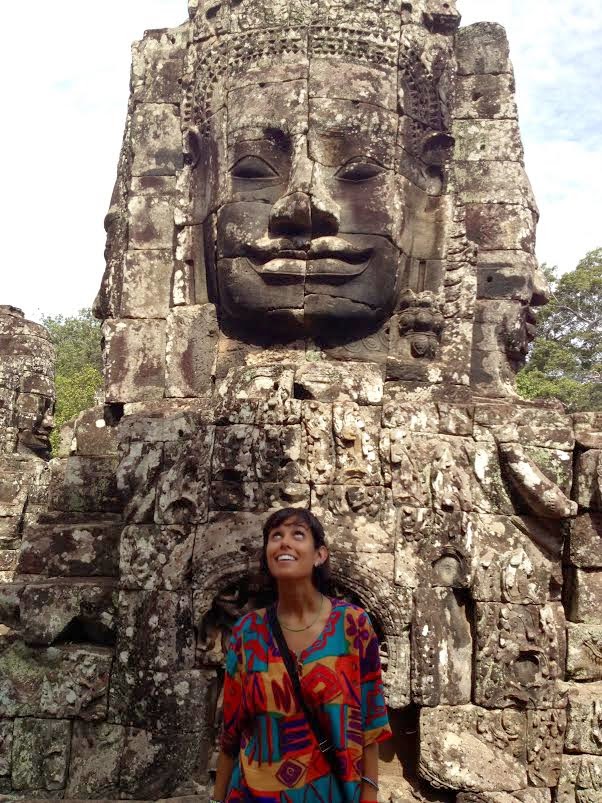 Nadia Sheikh is a first-year MFA student at Florida State University, a rhyme enthusiast, a waffle connoisseur, a human.

BEAUTIFULLY STRONG WINNERS.
Apparently with all there is to worry about, we do not have to worry about the health of poetry in this country.