Poem of the Week: Persis Karim 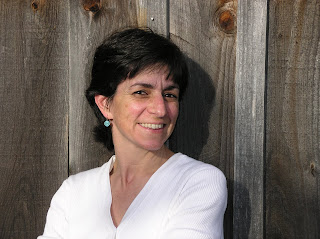 Their sons who speak of a cause

As if it were their two feet

beneath them. That they could hold an idea

and a weapon at the same time.

The way they could fool themselves

Into thinking they were pure

And righteous, that the great stories

of God or country could keep them safe.

When my son handed me an Israeli army shirt,

asking me to sew a button on its collar, I knew

my refusal would be the beginning

of a long goodbye, of steeling myself

for an angry boy with an inkling

by what I said or didn't say.

I thought of those other mothers--

their sons, who, whether with a gun or a car,

could find the white light of belief

that would sow the seeds

of an incalculable grief.

Persis M. Karim is an associate professor in the Department of English & Comparative Literature at San Jose State University where she teaches world literature, comparative literature and creative writing. She is the editor and contributing poet of Let Me Tell You Where I've Been: New Writing by Women of the Iranian Diaspora (2006) and co-editor of A World Between: Poems, Essays and Short Stories by Iranian Americans
(1999).

On March 31, 2010, Persis's stepson Kyle Strang (16) and their neighbor Prentice Gray, Jr. (19) were killed in a car accident. To learn about Kyle and the trip his father, Craig Strang, recently took to Israel and Palestine with thirteen of Kyle's Berkeley High School classmates to honor Kyle's memory, go to thekyletrip.blogspot.com. She can be reached at persisk@yahoo.com.

Karim was on the panel The War is Not Over: Writing About Iraq and the Case of the Mutanabbi Street Coalition and was part of the We Are All Iran group reading by Iranian-American poets at Split This Rock Poetry Festival: Poems of Provocation & Witness 2010.

Email ThisBlogThis!Share to TwitterShare to FacebookShare to Pinterest
Labels: Persis M. Karim, Poem of the Week